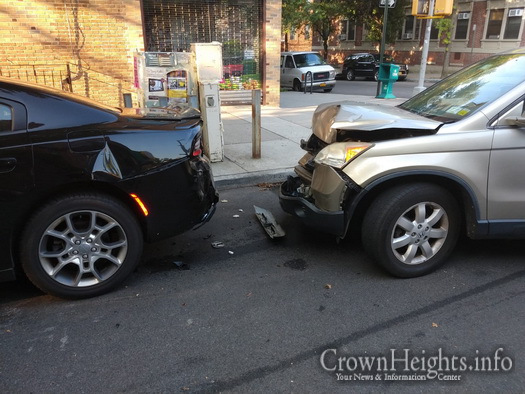 Around 7:30am Monday morning, a Jewish man left his car running while getting something from his trunk. The location was Kingston Ave and Crown Street, in the center of Crown Heights.

A young man, described at wearing a white shirt and black shorts, suddenly jumped into the driver seat.

Realizing that his car was about to be stolen, the owner rushed to the side of his car and grabbed onto the door. A nearby woman screamed as the carjacker made a sudden U-turn, and began driving the wrong way down Kingston Ave.

The Jewish man, dragged nearly a block, finally let go, just moments before the carjacker attempted to take a left turn onto Montgomery St, hitting a car parked on the corner.

Bystanders called Hatzalah, as the carjacker fled on foot down Montgomery St towards Albany Ave. Shomrim canvassed the area, but was unable to locate the perpetrators.

The owner of the vehicle was taken to the hospital, and the Police are investigating the incident.