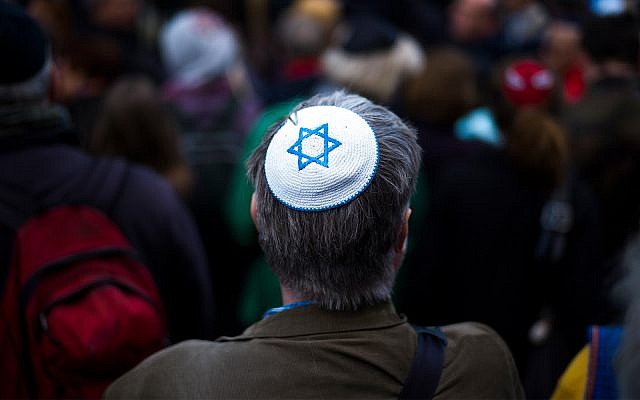 A 25-year-old student who told the German media he wears his yarmulke daily fell victim to an anti-Semitic attack. “When I got out of the light rail station, I noticed a shadow behind me” he said. Moments later he was threatened, victimized with curses and anti-Semitic shouts. He then phoned police.

It is noted that of late, there has been an increase in anti-Semitic attacks against person wearing yarmulkes in German, leading to the warning released by Felix Klein, who serves as the new state commissioner battling anti-Semitism in that country.

Potsdam Mayor Mike Shubert stated that “hate and violence for any reason, political or religious, will not be tolerated in our city. The investigation must continue and stop quickly the alleged anti-Semitic motivation and the resulting criminal consequences”.