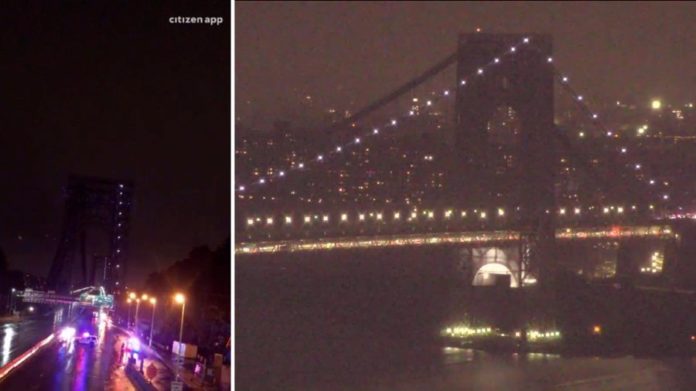 Traffic has reopened on the George Washington Bridge after authorities investigated a suspicious package scare.

Officials say the suspicious device was found on the upper level of the bridge near the New Jersey side just before 9:30 p.m. Thursday, causing authorities to briefly shut down traffic in both directions.

The Port Authority Police and Bergen County bomb squad were at the scene, along with the New York Police Department, which gave the all clear just after 11 p.m.

The bridge, which spans the Hudson River, is considered one of the busiest in the world.

The closure caused a traffic nightmare, and the nasty weather did making things easier for commuters.

A heavy police presence was seen on the bridge and drivers took to social media that authorities are ordering people to “stay in your vehicles.”