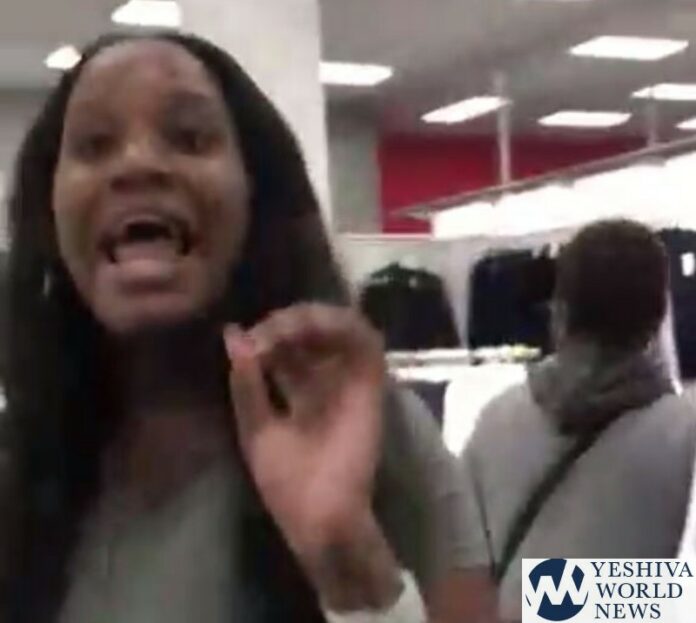 A video viral on social media is making waves in the Jewish community, Monday afternoon.

The video shows what appears to be an Orthodox Jewish women being assaulted multiple times, by a black woman inside the Target Department Store in Flatbush.

According to the video, the attacker admits numerous times that she was upset that the victim did not say “excuse me”, and reached over her child to get something from the shelf. This caused the attacker to become enraged, and hit the victim at least three times on camera.

At the end of the video, the woman asks people to call for security.

One person told YWN that the NYPD reportedly refused to press charges and instead they actually assisted the attacker in filing harassment suit against the victim who was was assaulted.

YWN has been unable to verify if this is in fact the case.