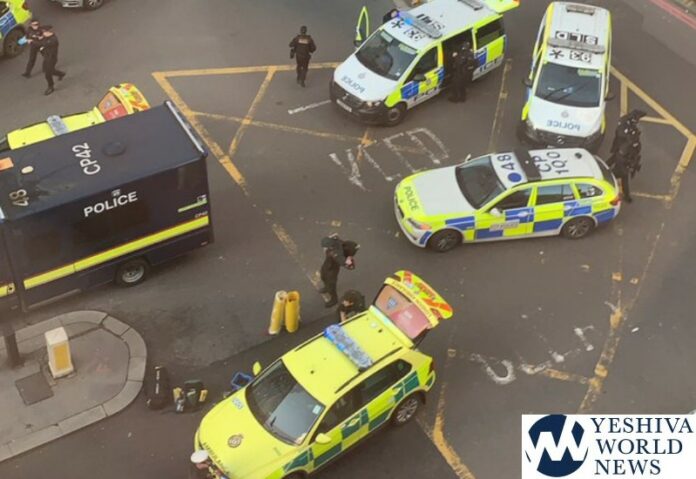 London’s Metropolitan Police say several people have been stabbed close to London Bridge, and a man has been detained.

Police say that though the circumstances of an incident on London Bridge remain unclear, authorities are treating it as if it is terror-related.

The police acknowledged one man had been shot in the incident that began at 1:58 p.m. on Friday. The police say that “at this stage, the circumstances relating to the incident at (hash)London Bridge remain unclear. However, as a precaution, we are currently responding to this incident as though it is terror-related.”

“One man has been shot by police. We will provide further information when possible.”

London Bridge was the scene of a June 2017 attack when Islamic State-inspired attackers ran down people on the bridge, killing two, before stabbing several people to death in nearby Borough Market.

In March 2017, an attacker fatally struck four people with a car on nearby Westminster Bridge then fatally stabbed a police officer before security forces shot and killed him in a courtyard outside Parliament.

Police were called at 1:58pm to a stabbing at premises near to London Bridge.

Emergency services attended, including officers from the Met and @CoLP

A man has been detained by police. We believe a number of people have been injured. Further info to follow.

Police shouting for everyone to move away. Real panic setting in at London Bridge. Rumours of a shooting? pic.twitter.com/vBZoKu73za