The funerals for the two Orthodox Jewish victims in the Jersey City shooting attack are being held on Wednesday night.

Thousands turned out for the two Levayos.

The Levaya of Moshe Hersh Deutsch HY”D was held at 8:00PM at the Satmar Bais Medrash on Rodney Street in Williamsburg.

The Levaya of Mrs Leah Mindel Ferencz HY”D was held at 8:00PM in Jersey City.

Misaskim thanks the Medical Examiner and federal, state and local law enforcement for their incredible compassion and  understanding of Jewish customs to ensure a timely funeral.

VIDEOS BELOW OF LEVAYA IN WILLIAMSBURG – VIA SHIMON GIFTER

VIDEO OF LEVAYA IN JERSEY CITY – VIA BP24:

Police provided an escort to bring both Niftarim to Williamsburg, where a Tahara was held.

See the frightenign moments when a U-Haul van pulls up just opposite the Kosher supermarket, and watch how a man quickly exits holding a long gun and begins firing at the store. He is followed by the second suspect – also holding a long gun.

The two people who stormed a kosher grocery store in Jersey City with rifles, killing three people inside and also murdering a veteran detective, have been identified as David Anderson and Francine Graham.

Authorities are investigating potential connections between the attackers and the Black Hebrew Israelite movement, some of whose members are known to rail against whites and Jews, a law enforcement official familiar with the case said. Investigators also are scouring social media postings of at least one of the gunmen in search of a motive, said the official, who spoke on condition of anonymity because the investigation is still going on.

Mayor Steven Fulop refused to call Tuesday’s violence an anti-Semitic attack but said surveillance video showed the gunmen driving slowly through the city’s streets and then stopping outside a kosher grocery store, where they calmly got out of their van and immediately opened fire.

Neither the state attorney general, who is running the investigation, nor any other law enforcement authority confirmed the shooters targeted Jews. City Public Safety Director James Shea said Tuesday there was no indication it was terrorism.

A police officer, three bystanders and the killers all died in the attack in the city of 270,000 people across the Hudson River from New York City.

The shooting began near a cemetery, where Detective Joseph Seals, a 40-year-old member of a unit devoted to taking illegal guns off the street, was killed while trying to stop “bad guys,” Police Chief Michael Kelly said without elaborating.

The killers then drove a stolen rental van over a mile to the kosher market, where they waged a drawn-out battle with police that filled the streets with the sound of high-powered rifle fire and turned the city into what looked like a war zone, with SWAT officers in full tactical gear swarming the neighborhood.

At the grocery store, police found five bodies — the killers and three people who apparently happened to be there at the time. Police said they were confident the bystanders were shot by the gunmen and not by police.

Two of the victims at the store were identified by members of the Orthodox Jewish community as Mindel Ferencz, who with her husband owned the grocery, and 24-year-old Moshe Deutsch, a rabbinical student from Brooklyn who was shopping there. The Ferencz family had moved to Jersey City from Brooklyn.

Owner of the JC Kosher Grocery Mr Ferenz, whose wife was murdered on Tuesday, seen giving candies to neighborhood children on Halloween.

Fulop said a review of security camera footage led to the conclusion that the gunmen targeted the market.

“Last night after extensive review of our CCTV system it has now become clear from the cameras that these two individuals targeted the Kosher grocery location,” the mayor tweeted.

Police also removed what they described as a possible “incendiary device” from the van.

At a later news conference, Fulop said the surveillance video showed the van moving slowly and then stopping in front of the store.

“There were multiple other people on the street so there were many other targets available to them that they bypassed to attack that place, so it was clear that was their target and they intended to harm people inside,” he said.

But Fulop cautioned: “I didn’t use the word `anti-Semitic.′ Anything else is open for investigation.”

“The report from the Jersey City mayor saying it was a targeted attack makes us incredibly concerned in the Jewish community,” said ADL regional director Evan Bernstein. “They want answers. They demand answers. If this was truly a targeted killing of Jews, then we need to know that right away, and there needs to be the pushing back on this at the highest levels possible.”

New York Mayor Bill de Blasio said on MSNBC that the attack was “clearly a hate crime,” while New York Gov. Andrew Cuomo pronounced it a “deliberate attack on the Jewish community.” They announced tighter police protection of synagogues and other Jewish establishments in New York as a precaution.

In the deadliest attack on Jews in U.S. history, 11 people were killed in an October 2018 shooting at a synagogue in Pittsburgh. Last April, a gunman opened fire at a synagogue north of San Diego, killing a woman and wounding a rabbi and two others.

The kosher grocery is a central fixture in a growing community of Orthodox Jews who have been moving to Jersey City in recent years and settling in what was a mostly black section of Jersey City, causing some resentment.

Mordechai Rubin, a member of the local Jewish emergency medical services, said the small Jewish community has grown over the past three or four years, made up mostly of people from Brooklyn seeking a “nicer, quieter” and more affordable place to live. Next to the store is a synagogue with a school and day care center where 40 students were present at the time of the shooting, he said.

“It’s unfortunate what happened, but we don’t even want to think about what would have happened if they made their way up to the day care or to the synagogue,” he said. 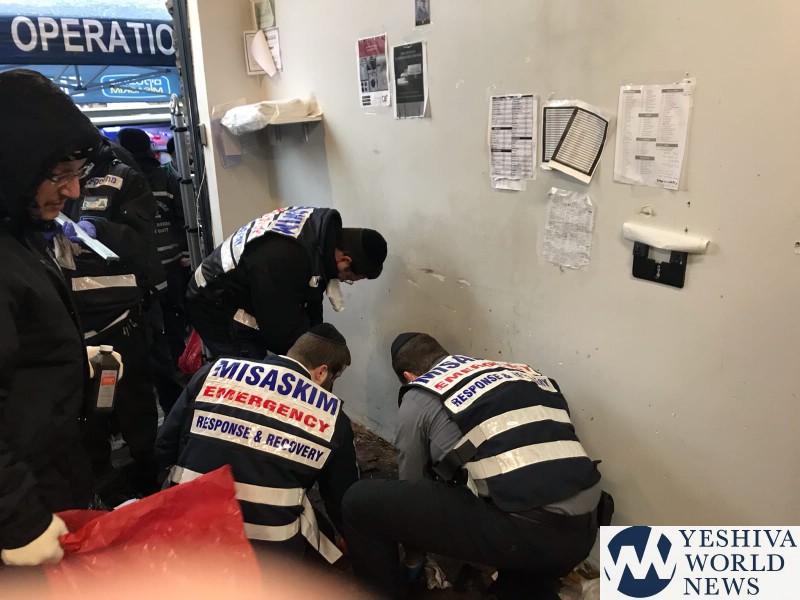 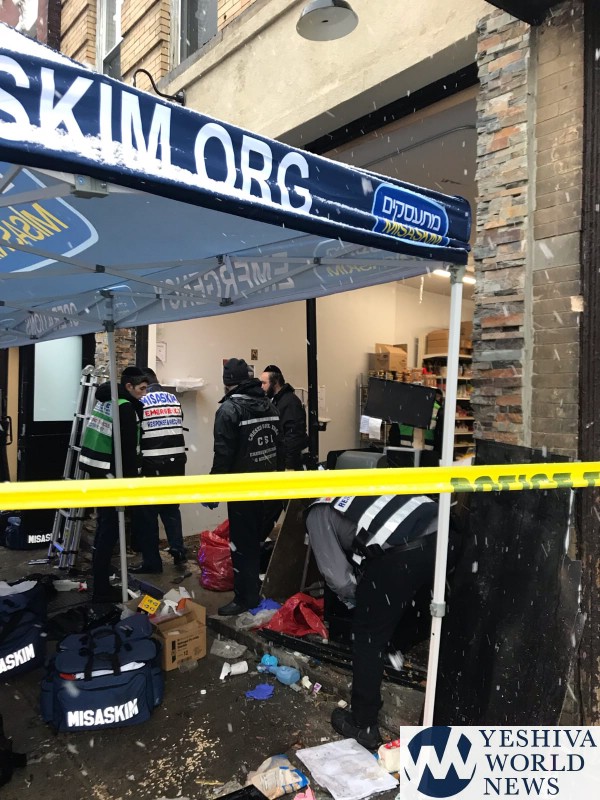 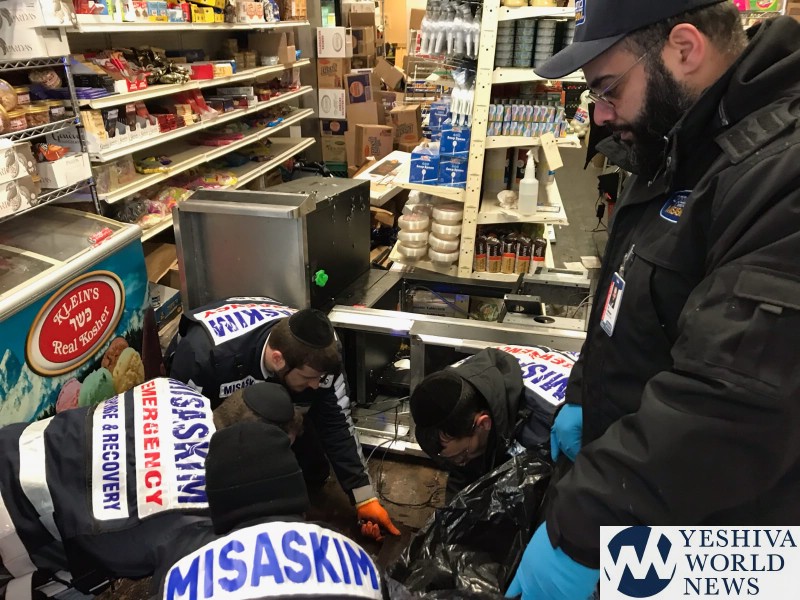 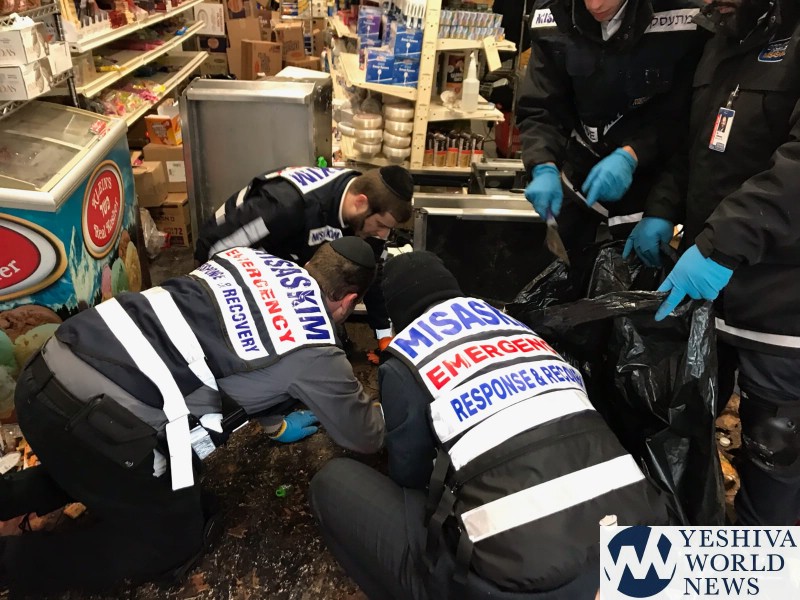 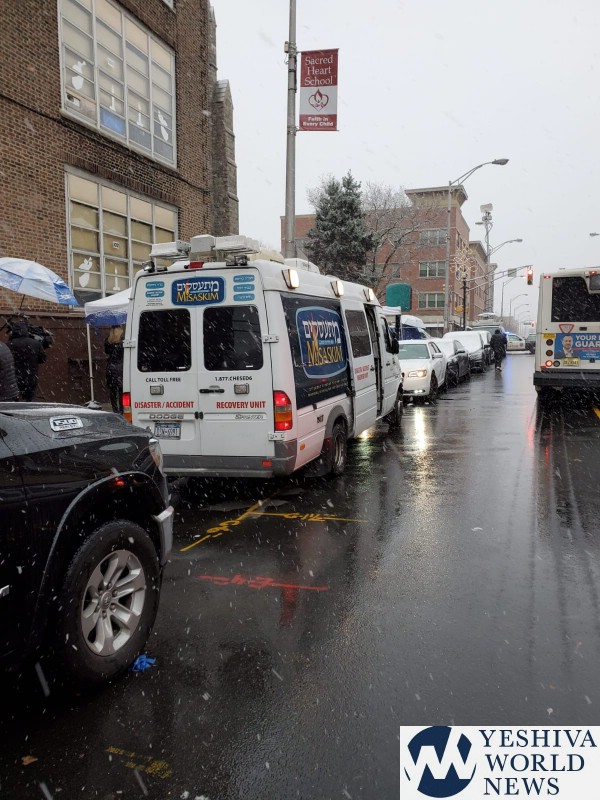 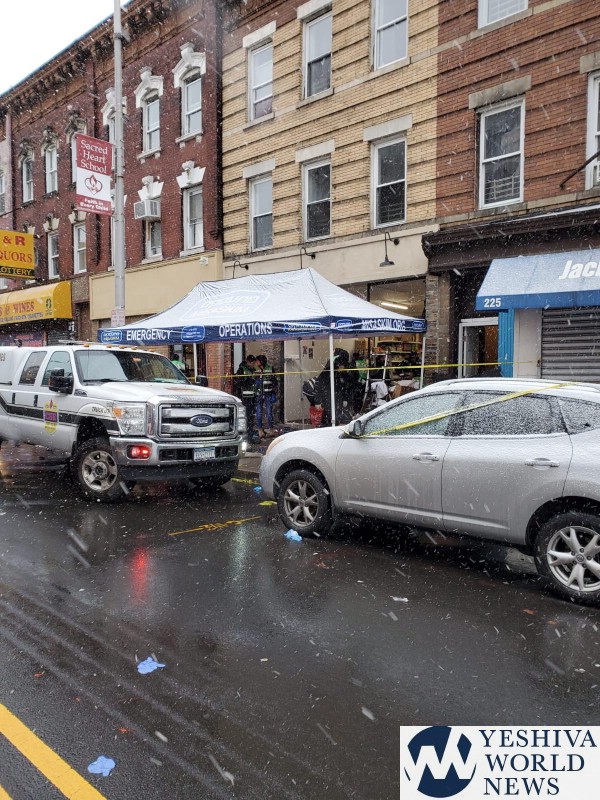 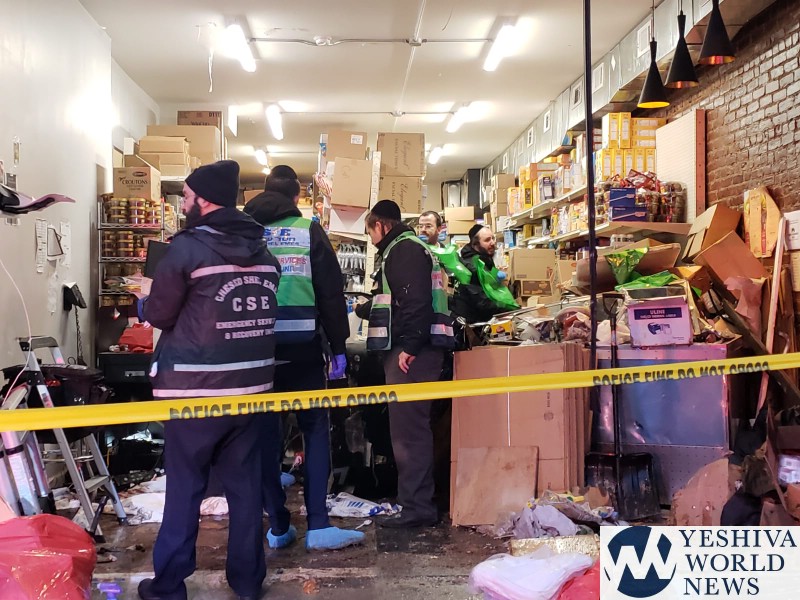 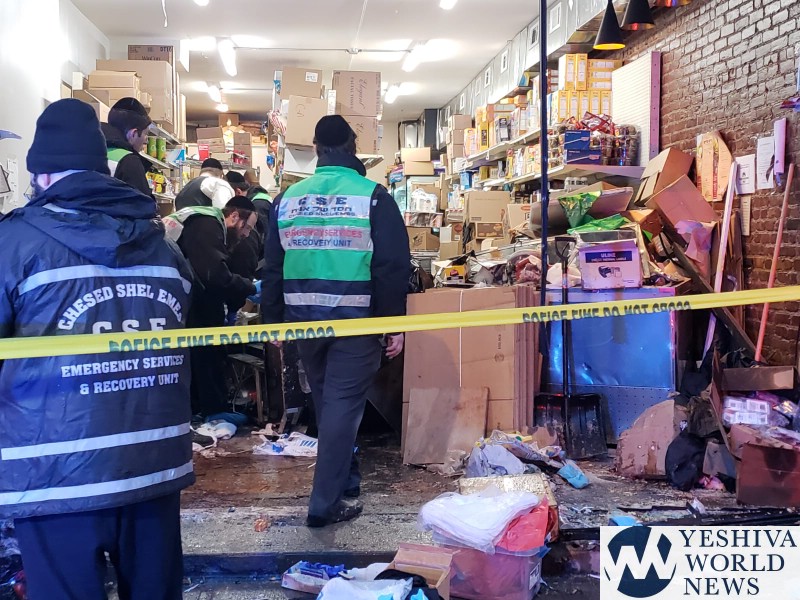 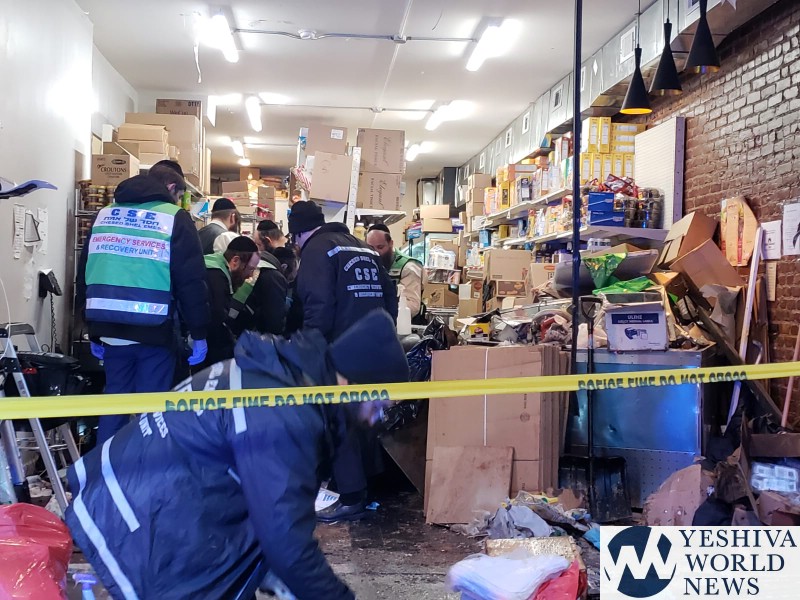 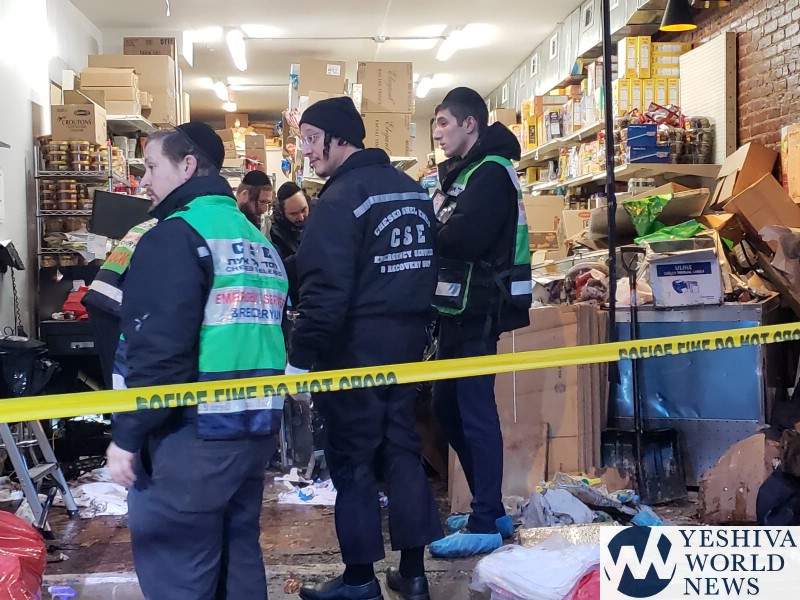 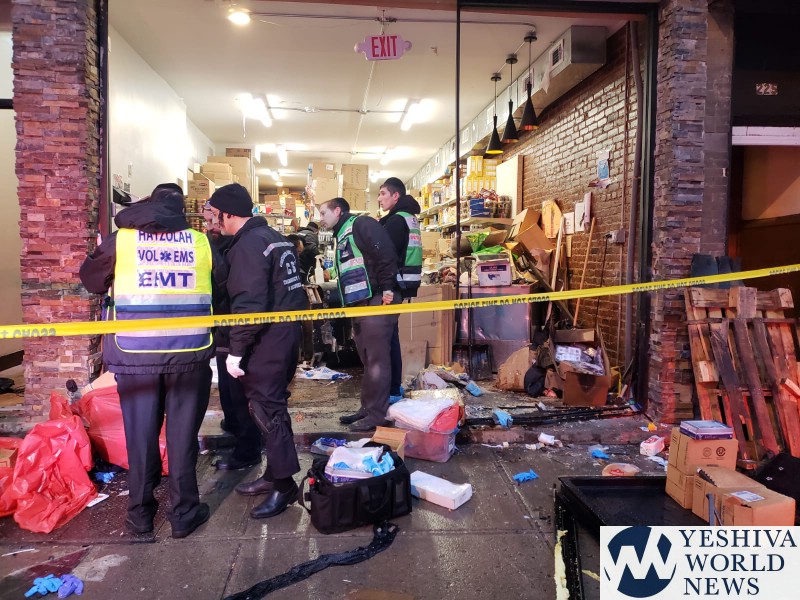 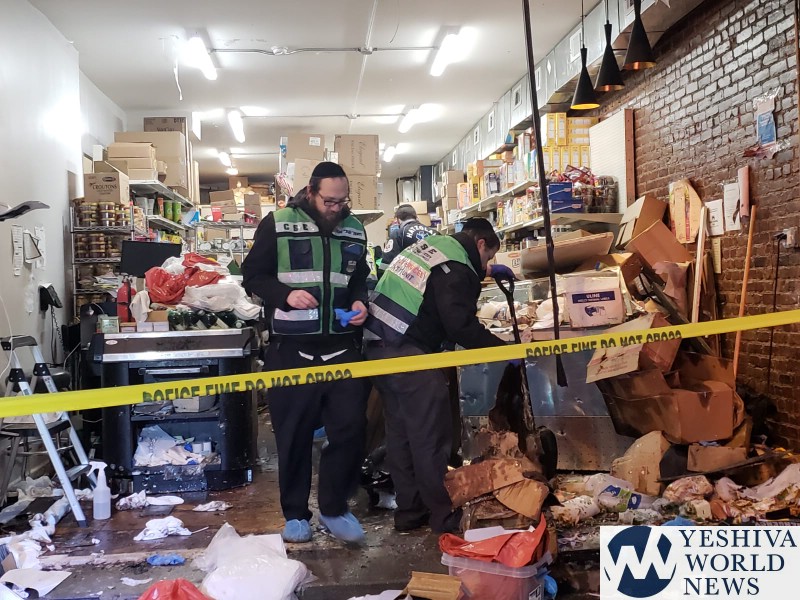 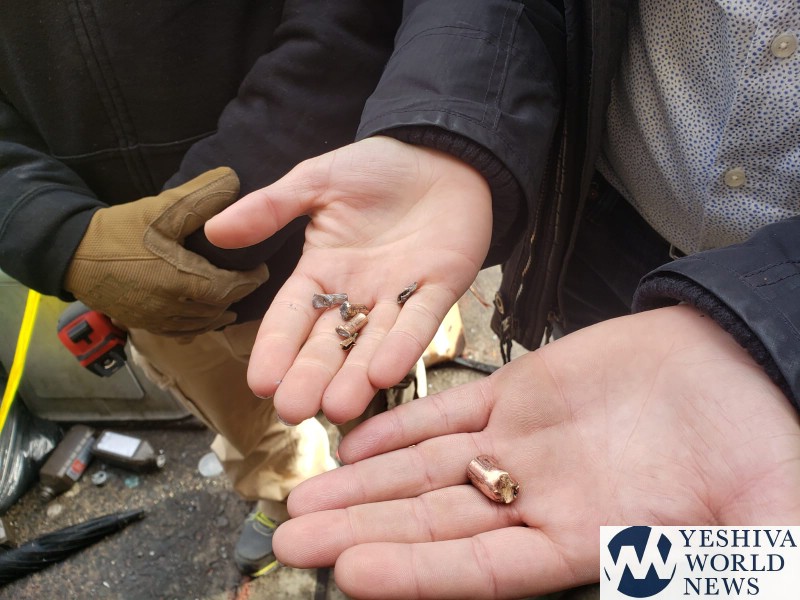 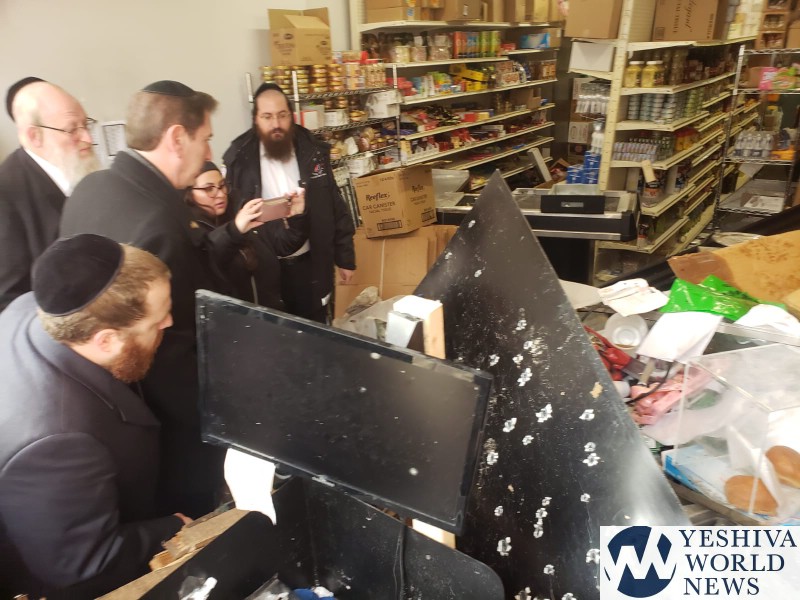 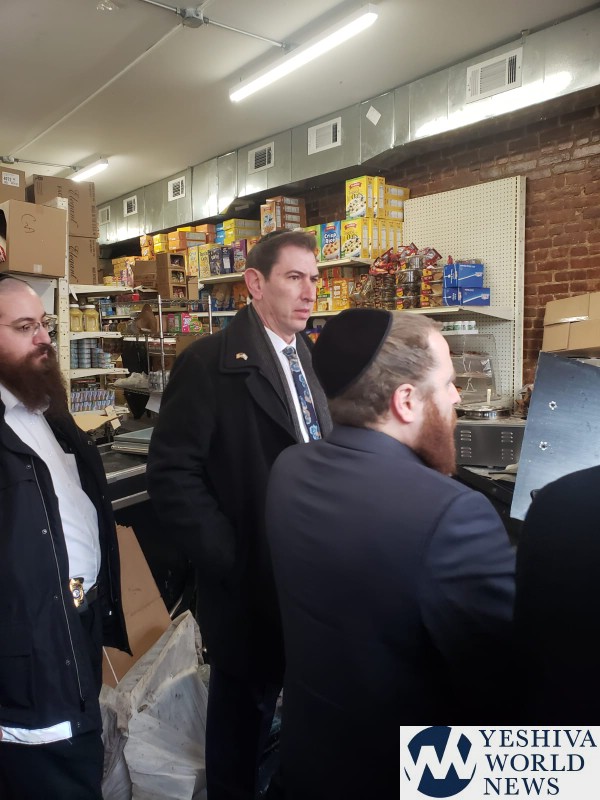 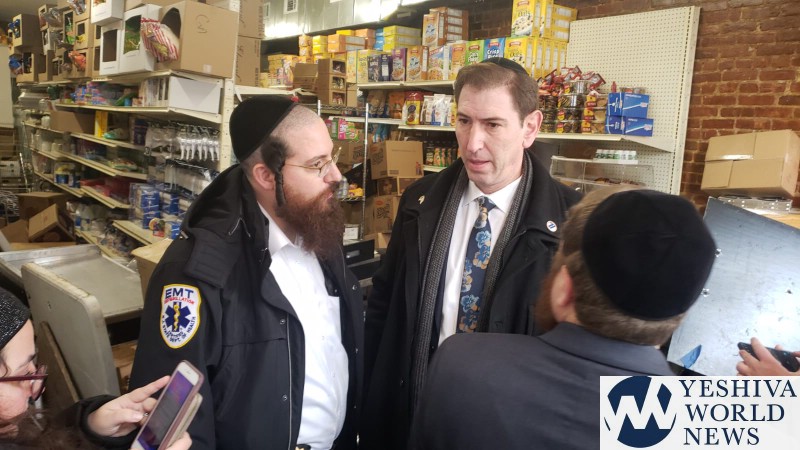 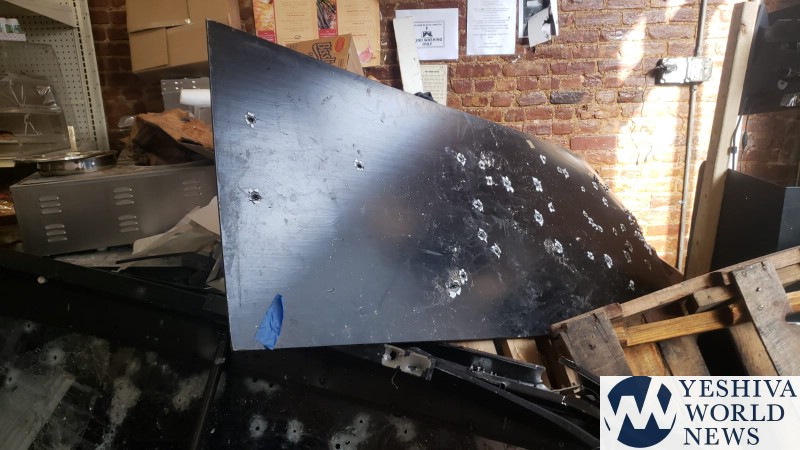 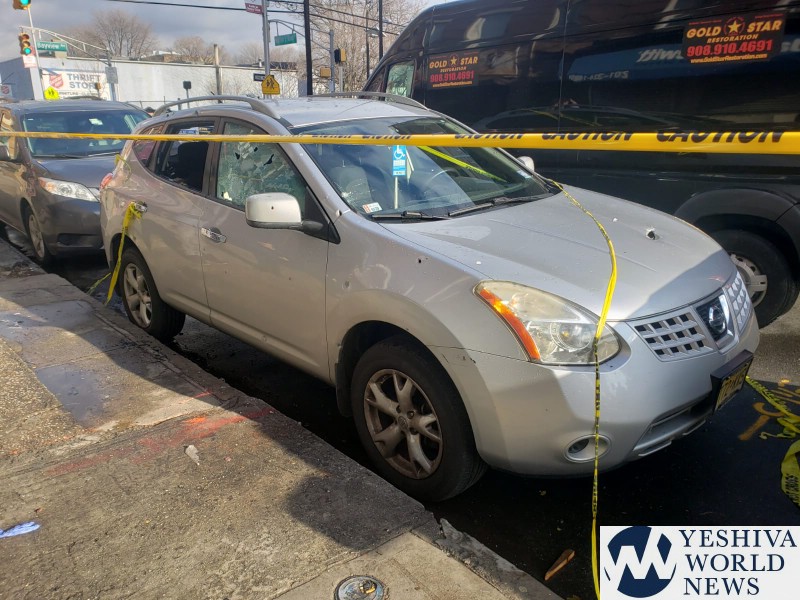