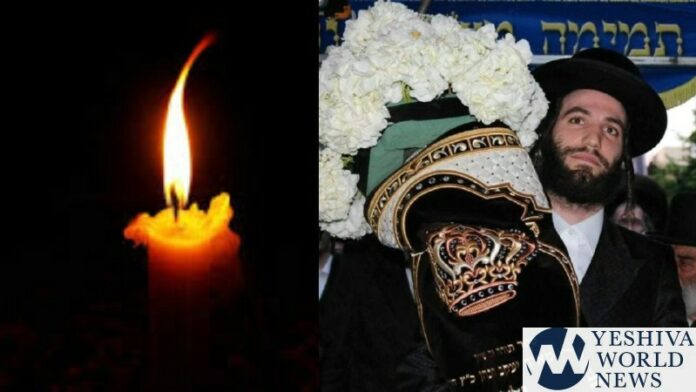 Shooting victim Moshe Hersh Deutsch HY”D. 24-years-old, was one of the victims of the Jersey City shooting attack. He lived in Williamsburg.

“We are heartbroken to inform you that one of the victims of yesterday’s horrific attack in Jersey City was our own dedicated volunteer, Moshe Hersh Deutch HY”D. Our thoughts and tefilos are with all those impacted by this senseless act of violence.”

Rabbi David Niederman of the UJO in Williamsburg gave YWN the following statement:

“Moshe HY”D was learning in a Yeshiva he was instrumental in establishing and getting off the ground. He was extremely kind and generous and was the go-to person when his peers needed help. Moshe is also the son of our devoted and energetic board member, Abe Deutsch, who is a pillar of the UJO and is the main force behind the largest food distribution for Pesach, feedings thousands upon thousands. Abe’s kindness knows no bounds and even though he is occupied with managing a business, individuals needing assistance knock on his door regularly for help. Moshe followed in his father’s footsteps and devoted his spare time and energy to help organize the UJO Passover food distribution and many other acts of kindness.

The community lost a promising-upcoming charitable person who was spreading love and kindness. He was butchered by people filled with poisonous animosity. Our heart goes out to both families and to our board member, Abe.” 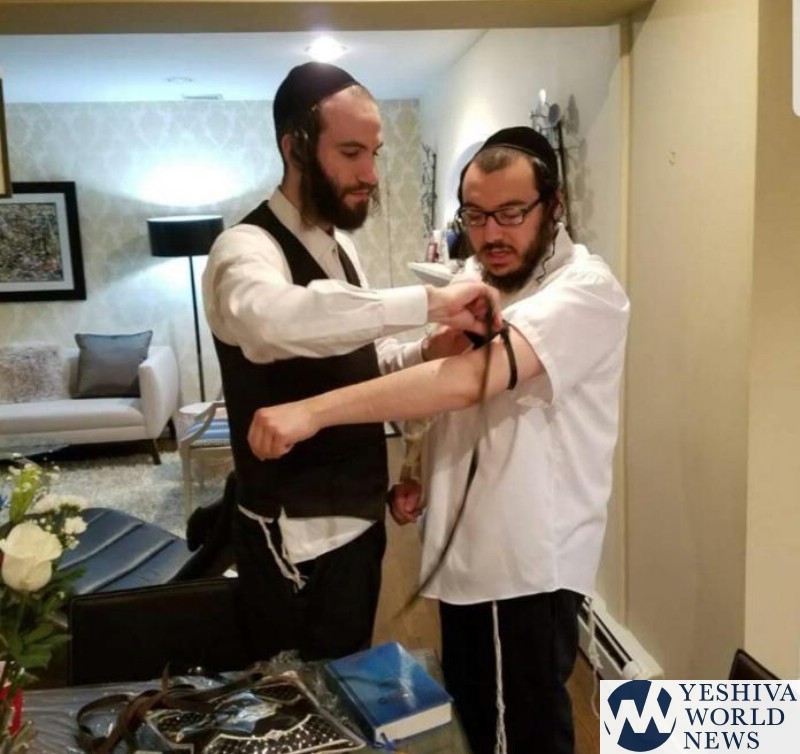 The mayor of Jersey City said Wednesday it’s clear that the gunmen in a furious shooting that left six people dead targeted a Jewish market.

Mayor Steven Fulop refused to call it an anti-Semitic attack but said surveillance video shows the gunmen driving slowly through the city’s streets, and then stopping outside a kosher grocery store where they calmly got out of their van and immediately opened fire.

Neither the state attorney general, who is running the investigation, nor any other law enforcement authority has confirmed the shooters targeted Jews. City Public Safety Director James Shea said Tuesday that terrorism wasn’t suspected. 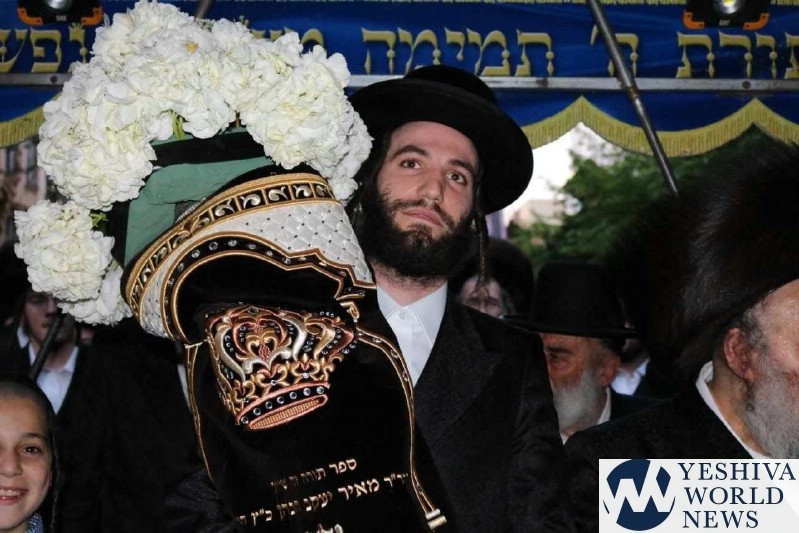 A police officer, three bystanders and two suspects all died in the violence Tuesday afternoon in Jersey City, just across the Hudson River from New York City.

The shooting began near a cemetery, where Detective Joseph Seals, 40, who led the department in the number of illegal guns removed from the streets in recent years, was cut down by gunfire. The gunmen then drove a stolen rental van to another part of the city and engaged police in a lengthy shootout from inside the kosher market, where the five other bodies were later found.

Fulop said a review of security camera footage has led to the conclusion that the gunmen targeted the market. 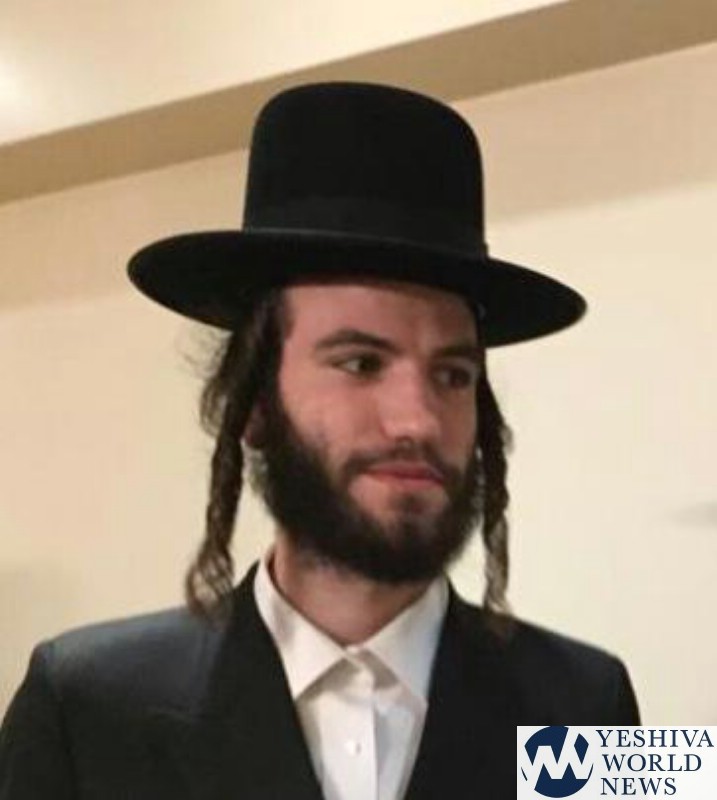 “Last night after extensive review of our CCTV system it has now become clear from the cameras that these two individuals targeted the Kosher grocery location,” Fulop said in tweet. He said two officers one block away immediately responded when they heard shots. Both were wounded in the subsequent gun battle and were later released from the hospital, authorities said.

At a news conference, Fulop said the surveillance video shows the van driven by the suspects moving slowly and then stopping in front of the grocery store.

“There were multiple other people on the street so there were many other targets available to them that they bypassed to attack that place, so it was clearly that was their target and they intended to harm people inside,” he said.

But Fulop sought to qualify his remarks, saying, “I didn’t use the word anti-Semitic. Anything else is open for investigation.”

The bullets started flying early in the afternoon in the city of about 270,000. Seals, who worked for a unit called Cease Fire, was shot around 12:30 p.m.

Police Chief Michael Kelly said the officer was trying to stop some “bad guys” near the cemetery. Further details were unclear.

“It’s a really tough day for the city of Jersey City,” Fulop said Tuesday. Seals “was one of the best officers for getting the most guns off the streets. He was a good cop.”

Kelly said when police responded to the area of the kosher store, officers “were immediately engaged by high-power rifle fire.”

A video shot by a witness shows a police officer on the ground by a car, apparently wounded. Another officer goes to him, helps him up and the two run around a corner as gunshots ring out. Seconds later, as a police cruiser pulls up in front of the store, about a dozen shots are heard in rapid succession.

“Our officers were under fire for hours,” the chief said.

Inside the grocery store, police found the bodies of who they believed were the two gunmen and three other people who apparently happened to be there when the assailants rushed in, authorities said. Police said they were confident the bystanders were shot by the gunmen and not by police.

The kosher grocery is a central fixture in a growing community of Orthodox Jews who have been moving to Jersey City in recent years.

Chabad Rabbi Moshe Schapiro, who shops at the kosher store and attends a synagogue next door, said he spoke with the store owner, Moishe Ferencz.

“He told me he had just walked out of the store into the synagogue not five feet away just before this happened, and then he couldn’t get back for hours,” Schapiro said. “His wife was inside the store. He said, ‘I hope my wife is safe.’”

The names of the victims inside the store were not immediately released, pending notification of relatives.

Tuesday’s shooting spread fear through the neighborhood, and the nearby Sacred Heart School was put on lockdown as a precaution.

SWAT teams, state police and federal agents converged on the scene, and police blocked off the area, which in addition to the school and supermarket included a hair salon and other shops. Dozens of bystanders pressed against the police barrier to capture the action on their cellphones, some whooping when bursts of fire could be heard.

“It’s like firecrackers going off,” said Andy Patel, who works at a liquor store about three blocks away. “They were shooting like crazy. … The cops were clearing everyone off the streets.”

Police also removed what they described as a possible “incendiary device” from the rental vehicle and sent it for examination by a bomb squad. The results of that examination were not available Tuesday evening.

Seals had been on the Jersey City Police Department since 2006. In addition to his work with the illegal guns unit, he was cited for heroism in a Christmas Eve 2008 incident in which he and another officer burst through the window of a home and stopped a sexual assault that was being carried out against a 41-year-old woman.

Seventh grader Zamir Butler said his class was coming back inside from the playground at Sacred Heart, which sits across the street from the grocery store, when he heard the shots. At first he thought they were thunder, since it had rained earlier.

“Everybody was running up the stairs to get to safety in the classroom,” he said. “A few of the kids were crying. They told us to stay behind the wall and stay down.”

The kosher grocery where most victims died is a central fixture in a growing community of orthodox Jews who have been moving to Jersey City in recent years. Dozens of families fleeing high housing costs in nearby New York City have built a community in what was a predominantly black section Jersey City, leading to some resentment.

There have been several deadly anti-Semitic attacks around the world in recent years.

In January 2015, a gunman took 19 people hostage, killing four of them, at a kosher supermarket in Paris. The gunman, who sought freedom for the suspects in the Charlie Hebdo massacre two days earlier, was killed by police.

In the deadliest attack on Jews in the U.S., 11 people were killed and two congregants were wounded in an October 2018 shooting at the Tree of Life Synagogue in Pittsburgh.

Last April, a gunman opened fire at a synagogue north of San Diego, killing a woman and wounding a rabbi and two others.

In October, a gunman live streamed himself trying to shoot his way into a synagogue in Halle, Germany on Yom Kippur. He couldn’t get past a locked door and ended up killing two people and injuring two others who were nearby