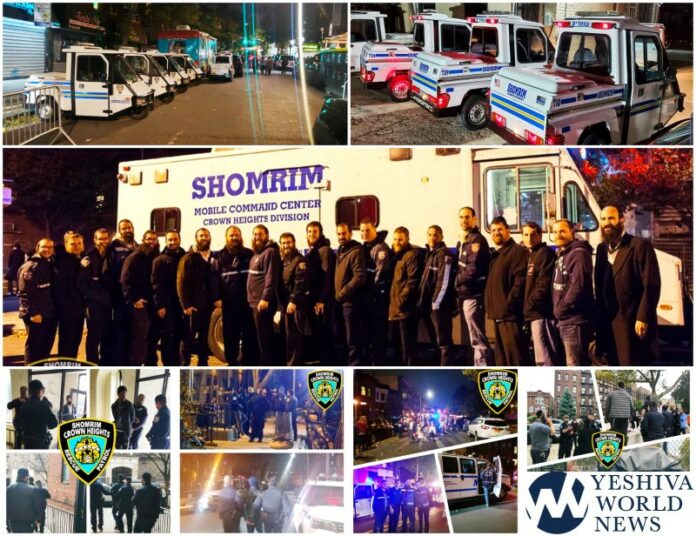 Just hours after a Jewish man was assaulted in Manhattan, there were two additional incidents where Jewish man were attacked in Crown Heights – in what appears to have been hate crimes.

Shomrim tell YWN that the first incident happened at around 2:00AM Tuesday morning. A Jewish man was walking on Kingston Avenue, when a group of black youths walked past him – and unprovoked – they began directing expletives and anti-Jewish slurs at the man. The man took out his cell-phone to record the incident, when suddenly, one of the suspects threw what appears to have been soda at the victim, and continued with his anti-Jewish tirade.

The victim immediately called 911 as well as Crown Heights Shomrim.

A canvass of the area came up negative as the suspects fled on foot.

The NYPD Captain on the scene notified the NYPD Hate Crimes Task Force and are investigating it as a possible bias attack.

In a second Crown Heights attack, a Jewish man was assaulted on Tuesday afternoon.

Shomrim tell YWN that at around 6:00PM a Jewish male was walking on Albany Avenue towards Kingston Avenue when a group of black males suddenly approached him from behind. One suspect punched the victim in the back of the head, while another suspect filmed the attack on his phone. The suspects then ran towards Albany Avenue.

The Jewish victim then went to 770 to pray and afterwards called 911 and Crown heights Shomrim.

The investigation was referred to the NYPD Hate Crimes Task Force and is being treated as a bias attack.

YWN notes that Crown Heights Shomrim has launched a fundraiser on The Chesed Fund to raise desperately needed money to assist them in their 24-hour response that the community has come to rely on. With antisemitism on the rise and attacks becoming more frequent, your support is needed more than ever. Please click here to make a donation!