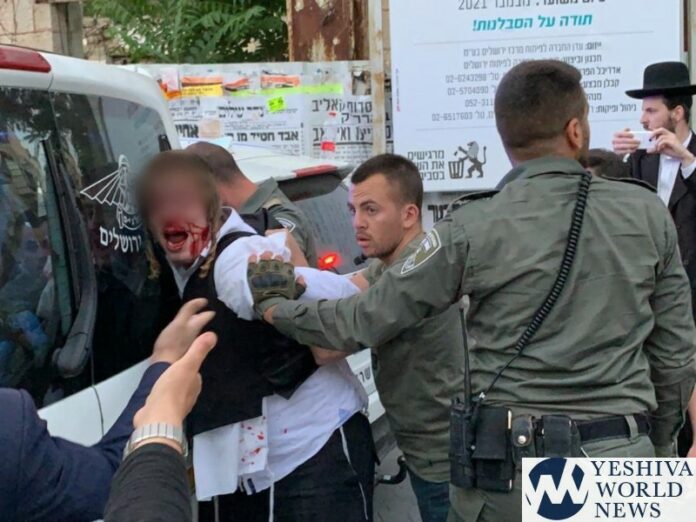 It has been over a half a year since Yanki Rosenberg, the 23-year-old autistic chareidi man, was beaten without provocation by border police in Jerusalem. The beating was caught on camera, and a civil suit is expected.

Since that Lag B’Omer event, the Justice Ministry’s Police Investigations Unit has probed the matter, and it has been decided that the border policeman involved will not face criminal charges for brutally beating Yanki Rosenberg in the Makor Baruch neighborhood of the capital.

The unit probing the beating has decided there is insufficient evidence to support allegations of brutality or unjustifiable force. The case has now been handed over to the Israel Police Disciplinary Committee for a decision regarding what actions, if any, will be taken against the officer.

Yanki Rosenberg is a chareidi man with special needs due to being autistic. He was attacked on erev Lag B’Omer by police all the while bystanders shouted at police that Yanki “doesn’t understand. He’s autistic!”

Even then, he remained in custody and only when his injuries became clear to police did, they release him.