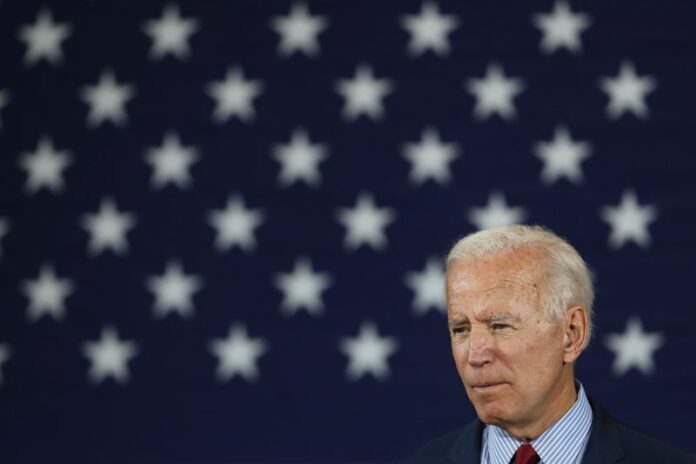 “I’m not going to make judgments now,” Biden told reporters in Muscatine, six days before the Iowa caucuses. “I just think that it depends upon how we treat one another between now and the time we have a nominee.”

Biden had previously promised to support the Democratic nominee, “regardless” of who it is. At some stops along the campaign trail, Biden has even pledged to “work like hell” to help any of his rivals defeat President Donald Trump.

Yet tensions are rising between Biden and Sanders on the campaign trail. The two men reflect the larger ideological battle between a Democratic establishment in which Biden has spent his career and the progressive left that has surged in influence since Sanders’ failed bid for the Democratic presidential nomination in 2016.

The two have jousted over their records on Social Security, foreign policy and trade. Sanders recently apologized to Biden after one of the senator’s high-profile supporters penned a column asserting that Biden has a “corruption problem.” And Biden has ratcheted up his suggestions in recent days, without naming Sanders, that the party will lose big in November if it makes a sharp leftward turn.

Asked later Tuesday whether he can defeat Sanders, a democratic socialist elected in Vermont as an independent, Biden smiled, nodded and then boarded his campaign bus. Biden is in the middle of his final tour of the state before the Monday caucuses begin Democrats’ 2020 voting. Sanders is balancing his campaign with Trump’s Senate impeachment trial on Capitol Hill.

Polls ahead of the Iowa caucuses suggest Sanders and Biden are in a tight race with Massachusetts Sen. Elizabeth Warren and former Mayor Pete Buttigieg of South Bend, Indiana. Sanders has confidently predicted victory in Iowa and in the Feb. 11 New Hampshire primary that follows, telling his supporters that the party establishment is “nervous” about his strength. His advisers argue that such momentum would dent Biden’s long-standing advantage in most national polls of Democratic voters.

Biden’s advisers maintain that the state is a toss-up, and they’ve said for months that the former vice president doesn’t have to win in Iowa because he maintains a wide advantage among nonwhite voters who will have strong sway over states that vote after Iowa and New Hampshire.

Last week, Sanders’ 2016 rival for the Democratic nomination, Hillary Clinton, initially refused to say whether she would endorse the Vermont senator if he wins the 2020 nomination — “I’m not going to go there yet,” she said — and she offered a broad condemnation of his style of politics. Later, she walked back her comments, saying her No. 1 priority was “retiring Trump” and that “as I always have, I will do whatever I can to support our nominee.”