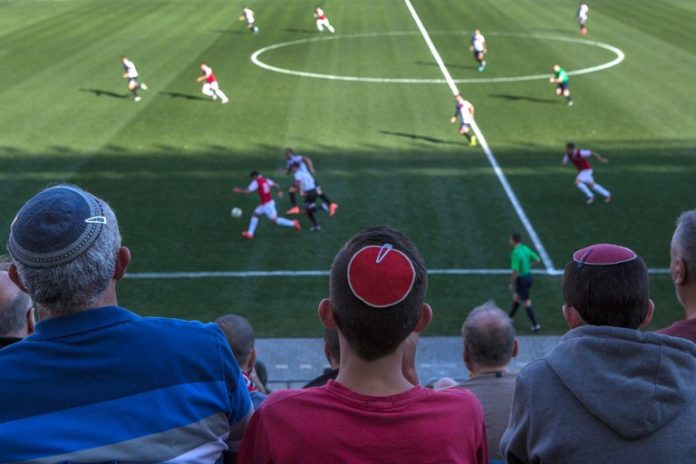 Oxford Dictionary (OED), considered the UK’s leading dictionary, updated the definition of the word Yid to include “a supporter of or player for Tottenham Hotspur Football Club,” its publishers stated on Wednesday.

Rival teams playing the Spurs have engaged in anti-Semitic verbal abuse against the team due to its association with the Jewish community and in response, Spurs fans adopted the traditionally derisive “Yid” as a self-identifying nickname. Both Jewish and non-Jewish Spur fans can be heard chanting “Yids,” “Yid Army,” and “yiddos” at Tottenham games, defending its use by saying they are reclaiming the words from their derogatory meanings.

However, other Tottenham fans, including Jewish ones, are opposed to the use of the term. A Spurs spokesperson told the Guardian: “As a club we have never accommodated the use of the Y-word on any club channels or in club stores and have always been clear that our fans (both Jewish and gentile) have never used the term with any intent to cause offense. We find the Oxford English Dictionary’s definition of the word misleading given it fails to distinguish context, and welcome their clarification.”

The publisher of the OED, which also included the word “Yiddo” on its list of new entries, responded that it had clearly labeled the terms as “offensive and derogatory.”

“As we state at the closely related word YID… Tottenham Hotspur Football Club is traditionally associated with the Jewish community in north and east London, and the term is sometimes used as a self-designation by some Tottenham fans,” the Oxford University Press (OUP) said.

“We will ensure the context for this connection is very clear in both definitions.”

Today the word “Yiddo” has been officially added to the Oxford dictionary & the definition being; “supporter or player of Tottenham Hotspur"! #COYS

🎵They tried to stop us but look what it did, the thing I love most is being a Yid🎵

The Guardian quoted David Baddiel, a writer and comedian who has campaigned against chants of Yid and similar terms at soccer games as saying: “The vast majority of fans of the club, including those who self-designate as Y-words, are not Jewish and therefore have no right of ‘reclamation.'”

YID ARMY!! Go check your Oxford dictionary before reporting me!

On the other hand, Stephen Pollard, the editor of the Jewish Chronicle, has a different view, writing on Twitter that: “Not controversial among many of the Jewish Spurs supporters, such as myself, who are proud to be Yiddos.”

Another Jewish Spurs fan told the Guardian: “When do I feel uncomfortable being Jewish at Spurs? When Chelsea and West Ham fans make gas chamber noises. Not when fans of the club that embraced Jewish immigrants chant a word rooted in that history.”

Soccer games in the UK and Europe are often the venues for anti-Semitic verbal abuse and the OED’s updated entries cite news articles as far back as 1972 about anti-Semitic chants by soccer team fans.

In the past few years, there have been several anti-Semitic incidents related to soccer in Europe. This includes an incident in January when Dutch police arrested five soccer fans for singing the same song about burning Jews as the Belgian fans – on Holocaust Remembrance Day. This particular song about burning Jews has caught on in recent years in the Netherlands and Belgium and has been sung at events unrelated to soccer or even Jews, such as a high school graduation party in Amsterdam, an Arutz Sheva report said.

Other soccer-related anti-Semitic incidents occurred in Italy in 2018 and England in 2016.