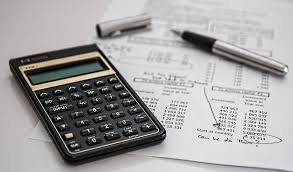 Businesses applying for lucrative tax credits from New Jersey from 2013 to 2019 said they planned to relocate out of state in order to get awards but never intended to move, a task force proving the incentives said Thursday.

The New Jersey Tax Incentive Task Force released its third and final report Thursday after about a year and a half of probing the tax credit program enacted in 2013.

The more than 100-page report makes 27 recommendations, including canceling some $578 million in awards.

Among the key findings in the report are that 15 companies from 2013 through 2019 were approved for credits, which they would not have qualified for unless they were considering moving out of state. Those firms all certified that they were planning to move to the same business plaza in Rockland County, New York.

“There was this overwhelming impetus … to get this money flowing,” task force chairman Ronald Chen said during a news conference Thursday.

That single New York location became so ubiquitous in applications, that staffers in charge of reviewing applications for the awards groaned when coming across the name.

“When someone noted that the Blue Hill Plaza was an applicant’s alternative site, people in the room often groaned and made comments like ‘not another one’ or ‘again?’” the report states.

The task force also said Thursday that a dozen referrals have been made to state and federal law enforcement authorities, as well as to the Economic Development Authority, which oversaw the tax credit program.

In a statement, Democratic Gov. Phil Murphy said he suspected there were issues with the program based on an audit by the state comptroller, which inspired him to create the task force in January 2019.

“(But) I had no idea of the ugly reality waiting to be uncovered. This administration will not tolerate fraud or self-dealing and we will ensure that every dollar of taxpayer money is spent wisely and effectively,” Murphy said.

The EDA, which has since come under Murphy appointees’ administration, said in a statement that it had taken steps to “improve” its policies. EDA CEO Tim Sullivan said he will review the recommendations from the task force.