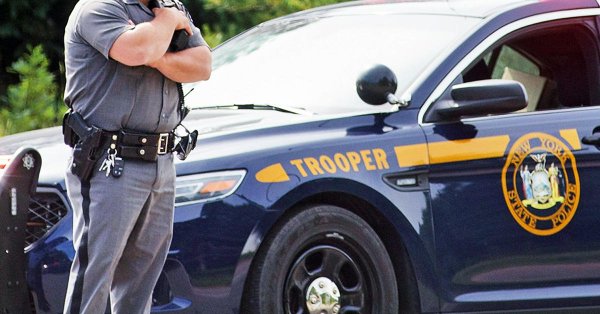 A state trooper shot and wounded a domestic violence suspect in western New York after the man advanced toward officers with a bow and arrow, police said.

The confrontation happened at 1:30 a.m. Friday in Portville. Troopers were dispatched to a home by the Cattaraugus County Sheriff’s Office after a report of domestic violence was called in, state police said.

Troopers arrived at the home and were speaking to the victim when a man advanced toward them with a bow and arrow, police said. The man, identified as 40-year-old Ryan Ehman, ignored several commands to drop the weapon, they said.

One trooper fired his gun and struck Ehman, police said. Ehman was flown to Erie County Medical Center for treatment of his injuries. No information on his condition was released.

Charges against Ehman were pending Saturday. It wasn’t clear if he had an attorney who could speak for him. A phone number listed for Ehman was disconnected.