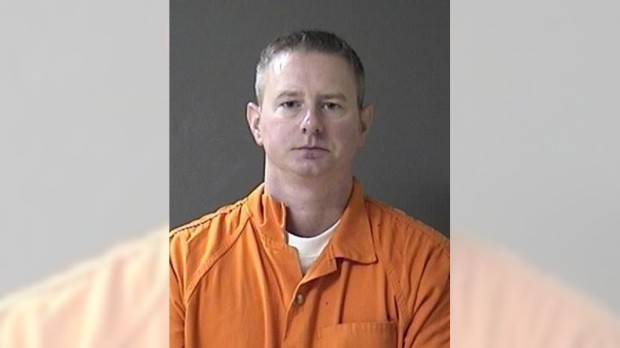 A judge has denied bail for a New York state trooper charged with murder after a pursuit on the Thruway ended with the death of an 11-year-old New York City girl.

An Ulster County judge on Thursday ordered Trooper Christopher Baldner held without bail until his trial in the death of Monica Goods, whose family was traveling through the Hudson Valley on Dec. 22, 2020 when Baldner stopped them for speeding.

Baldner pepper sprayed the vehicle during the stop and Monica’s father, Tristan Goods, drove off. Baldner pursued the SUV and rammed his police vehicle into the SUV twice. The SUV flipped over several times and came to rest upside down, according to prosecutors.

Monica was ejected from the vehicle and died.

Baldner was i ndicted last week on charges of murder, manslaughter and reckless endangerment. The case is being prosecuted by the office of Attorney General Letitia James, which has jurisdiction over deaths caused by police officers.

“Rather than being accidental, the defendant’s actions on Dec. 22 were deliberate, willful, and depraved,” Assistant Attorney General Jennifer Gashi said in court Thursday, according to CBS New York.

The judge rejected a proposal for $100,000 cash bail and home confinement.

“You have a trooper that has lived in this area for almost two decades. He has a family, he has kids, he owns a house. He’s not going anywhere,” Thomas Mungeer, president of the state troopers’ Police Benevolent Association, said outside of court.

The union has been providing legal representation for Baldner.

Authorities say Baldner similarly rammed his police vehicle into other cars on the Thruway north of New York City twice before in 2017 and 2019. The indictment includes the 2019 incident and alleges that Baldner “endangered the lives of three passengers” in the car he rammed.

Baldner is suspended from the department without pay.

Supporters of the Goods family demonstrated outside of court and welcomed the judge’s denial of bail.

“We’re still at the beginning of this fight,” Monica’s mother, Michelle Surrency, said outside of court. “He got remanded today. Well, that’s where he deserves to be.”