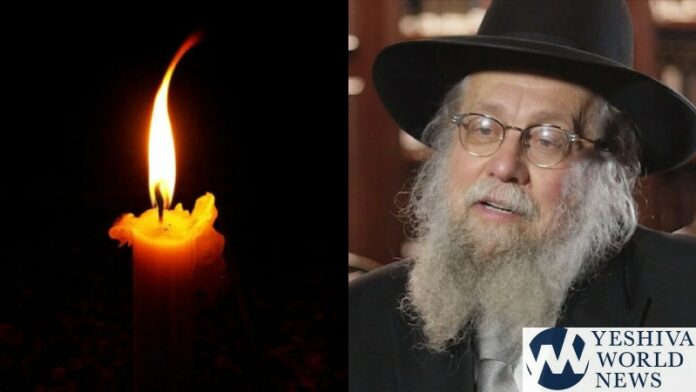 YWN regrets to inform you of the petirah of Hagaon HaRav Yaakov Landau zt”l, who was niftar following a lengthy illness. He was im his mid-70s.

Rav Yaakov was a beloved 9th grade rebbi at Yeshiva Torah Temimah in Brooklyn for many years before eventually moving to Lakewood after nearly three decades at the yeshiva.

In Lakewood, he became the rav of K’hal Chanichei Hayeshivos and opened Mesivta Tiferes Shmuel, where he served as rosh yeshiva to throngs of talmidim who followed his every word.

Over his life, he was marbitz Torah to thousands of talmidim, many of whom have gone into klei kodesh themselves.

The levaya is tentatively scheduled to take place at K’hal Chanichei Hayeshivos, 142 Hollywood Avenue in Lakewood, at 10:30 am, followed by kevura in the Lakewood bais olam.