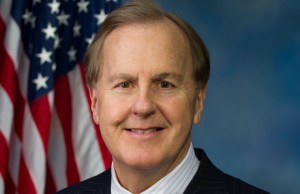 Rep. Robert Pittenger (R-Charlotte) and Rep. Dennis Ross (R-Tampa) will hold a rare and unfiltered town hall meeting open to the public this Thursday, 30 Shevat, at 8 pm at the Inbal Jerusalem Hotel.

The congressmen are in Israel for a tour sponsored by PJTN and Yes! Israel Mission with IDF commanders, local Arab and Jewish leaders and leading Israeli politicians, including a lengthy meeting Tuesday morning with Israeli Prime Minister Binyamin Netanyahu. The informal town hall meeting is open to the public via registration and will see unscripted questions from audience members.

“We are thrilled to host this exciting and engaging event at the Inbal Hotel. We carry a strong tradition of hosting top-tier figures from a variety of different sectors, and politicians are certainly at the forefront,” said Vice President of Sales and Marketing Alex Herman. “There aren’t many of these types of town hall forums that take place in Israel, so we are happy to be participating in such an open form of political discourse.”

Pittenger is in his second term in the US House of Representatives and represents the 9th District of North Carolina. He serves on the House Committee on Financial Services, the Financial Institutions and Consumer Credit Subcommittee, as well as the Monetary Policy and Trade Subcommittee. He is also Chairman of the Congressional Task Force on Terrorism and Unconventional Warfare and a member of the Taskforce on Terrorism and Proliferation Financing.