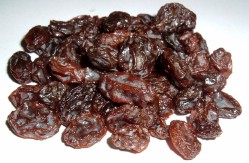 In regards to the alert by the KAJ posted (HERE) on YWN two days ago, the following two statements were released by the OU and KAJ.

The OU has long maintained that raisins packed and stored under normal industry conditions do not pose a halachic infestation concern and may be consumed without further checking on the part of the consumer.

Recent public reporting of widespread infestation in packaged raisins has led the OU to reexamine its prior held position vis-à-vis raisins. Following careful investigation, extensive testing and consultation with our Halachic authorities, the OU upholds its original position that raisins, when stored under normal conditions (cool, dry and clean environments) do not require checking for the presence of worms or insects.  (עיין בטז יוד פד, יב)

Many food items, when packed or stored in warm, moist or unclean environments should be avoided until fully checked for the presence of insects, particularly when exhibiting telltale signs of infestation (webbing, insect feeding damage).

“While we stand behind the notice posted on the Internet, the notice was not meant for the public. It was meant to be posted in shul for the benifit of our members. Someone posted it on the Internet without asking us, which made it seem that it was our intention to publicize it.

Various brands of raisins were checked and found to be infested, including some originating from abroad. Our Rabbinate has spoken to experts in the field who have checked raisins here and abroad, including samples we sent them. Pursuant to these investigations and after discussing the matter with other Poskim, our Rabbinate decided that the problem is prevalent enough to warrant notifying our membership, as well as establishments under our supervision, that they refrain from using raisins until further notice.

I believe that in the future supervision on the production of raisins will -as a matter of course- include checking for infestation by many kashrus agencies. Given the recent publicity on the matter, it is likely that raisins will become standardized as an item checked for infestation in line with strawberries and vegetables which need checking, for instance.”

NOTE: YWN is simply publicizing the above alert, and is no way stating Psak Halachah. We suggest that people consult with their local Rov regarding this issue.