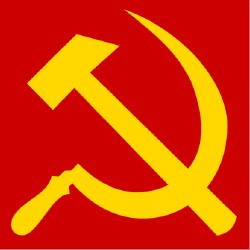 At a meeting Wednesday with religious leaders in Russia, President Dmitri Medvedev promised to instruct his staff and heads of security regarding policies of foreign clergy in Russia.

“Government officials should not be interfering in religious life unless security concerns are involved,” said Medvedev at the meeting.

Medvedev’s remarks were in response the matter of the recent expulsion of foreign chabad rabbis from Russia, raised at the meeting by the country’s Chief Rabbi Berel Lazar.

Last week of Rabbi Tzvi Herschovitz from Stavropol was expelled from Russia, and a week prior to that, Rabbi Yisroel Silberstein from the Primorye region. On both occasions, immigration authorities expelled the U.S. rabbis on technicalities concerning their visa applications.

“For the first time in many years,” said Rabbi Lazar at the meeting, “Jews are beginning to worry about the future of religious life in Russia.

“As financial problems worsen here, there is a tendency among some to look for scapegoats, which leads to xenophobia and fascism. It behooves the government to take effective action,” he said, imploring Medvedev to correct the matter to facilitate the service of foreign rabbis in Russia.