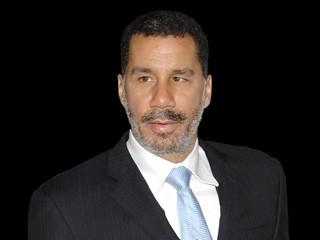 Gov. David Paterson on Tuesday ordered layoffs that could total more than 4 percent of state workers after unions refused concessions amid a staggering economic downturn that was projected to push the state’s deficit to $16 billion in the next year.

Budget Director Laura Anglin told The Associated Press that the layoffs of nearly 9,000 employees would be the first since the late 1990s after unions refused to even provide counterproposals.

It was unclear if the eventual number of layoffs could be offset by attrition or early retirement incentives. Those are among the details that would be worked out in coming weeks.

The layoffs, which Anglin said could save the state $500 million over two years, could begin July 1. The state currently employs nearly 200,000 people.

Anglin said unions, including the state’s largest public employee unions, have been informed and could still try to return to the table in the coming days before a budget is negotiated.

“We felt there was no other option at this point considering the size and magnitude of the deficit,” Anglin said in an interview. “We asked everyone for a sacrifice and the unions were not willing to have that conversation.”

There was no immediate comment from two of the state’s biggest unions, the Civil Service Employees Association and Public Employees Federation.

It will take months to figure out which agencies and employees would be affected. The layoffs would apply only to workers in agencies under direct control of the governor’s office such as highway crews, nurses, prison guards and forest rangers.

Employees not under Paterson’s control include workers in the office of the attorney general, comptroller, state courts system or Legislature, Anglin said.

Paterson said no jobs are safe but he committed to protecting public safety.

State unemployment has risen during this recession to 7 percent in January, the latest number available, up from 4.7 percent a year before.

State jobs are most heavily concentrated in Albany and New York City, but they also represent a major part of local economies in many rural areas such as the Adirondacks and Southern Tier — particularly state prisons.