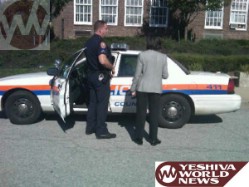 10:50AM EST: (UPDATES BELOW) A strong armed robbery has just taken place in the Five Towns, with $100,000 in cash reportedly stolen. The home is located on Henrietta Place in Hewlett, NY.

A YWN reporter has just arrived on the scene, and reports a heavy police response from the Nassau County Police Department.

UPDATE 11:02: Sources tell YWN that more than $100,000 is cash along with jewelry has been stolen. Additionally, the Jewish occupants of the residence were tied up during the robbery. 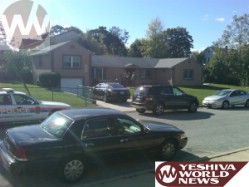 According to First Responder Wireless News, the robbers were dressed up as Con Edison workers. They are described as two black males, 6’4, and 220 pounds.

A heavy police investigation is underway.