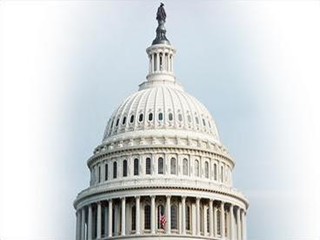 WASHINGTON – With today’s vote in the U.S. Senate, on the heels of one last week in the House of Representatives, the FY 2010 Homeland Security Appropriations bill has been passed by Congress.  The bill includes an appropriation of $19 million for the Nonprofit Security Grant Program.

The program provides assistance to nonprofit institutions at high risk of terrorist attack for the enhancement of their physical security – through measures like video surveillance equipment, alarmed and reinforced doors and windows, security barriers, metal detectors, locks, gates, fences and personnel security training.

A number of national and local Jewish groups – acting as a coalition under the leadership of the United Jewish Communities – worked together to advocate for the funding.  Jewish institutions – including community centers, schools, places of worship, charitable organizations, and social service agencies – have in the past comprised a sizable percentage of such funds’ recipients.

“Threats – and actual incidents – aimed at Jewish targets in the United States and around the world,” said Agudath Israel of America Washington office director and counsel Rabbi Abba Cohen, “point to the particular vulnerability of our community and the need for these funds to bolster security.”  A member of the coalition, Rabbi Cohen was active in promoting the creation of the program, and in subsequent appropriations and proposed enhancements.

The Agudath Israel representative noted that this year’s appropriation was a particularly important accomplishment, as opponents of the program have been successful in steadily reducing funding over the past few years.  While the approved allocation is still less than the original funding, it increases last year’s allocation by $4 million.

“Unfortunately, we have seen setbacks in the program’s funding,” Rabbi Cohen noted. “But we are hopeful that today’s vote signals a turnabout in the fortunes of the security funds appropriation, a return to a keener recognition of the importance of helping institutions protect themselves from the tragically ever-present threat of terrorism.”

The Agudah representative cited two factors that, he maintains, contributed to this year’s success: the number of domestic and foreign threats and incidents of terror directed at high-risk targets this past year; and the priority afforded the program by President Obama.  “This was,” explains Rabbi Cohen, “the first time the security funds appropriation was included in a President’s budget request.

“That says much, and it said much to Congress too.”