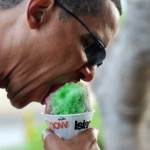 The following is an article by the Financial Times: At the end of Barack Obama’s worst week since taking power a year ago, the US president’s fortunes look set only to deteriorate over the coming days. Following the shock defeat of the Democratic candidate in Massachusetts on Tuesday, a move that deprived the president of his 60-seat super-majority in the Senate and left his legislative agenda in tatters, Mr Obama has just four days to reboot the system.

The US president had originally delayed next week’s State of the Union address to Congress in the hope he would get his signature healthcare reform bill enacted in time. That prospect, already waning, was killed dead by the voters in Massachusetts. A growing number of Democrats believe the nine-month effort could collapse altogether.

The death of the healthcare effort would rob Mr Obama of what he had hoped would be the centrepiece of his first State of the Union message. “It now looks extremely difficult, if not impossible, to get anything resembling a broad healthcare bill out of Congress,” said Scott Lilley, a senior fellow at the liberal Centre for American Progress, the think-tank that is closest to the White House. “In his State of the Union, Obama has to slim down his ambitions. It should be short and simple and focus on jobs.”

However, even a more modest agenda looks tough for Mr Obama now. Believing their strategy of total opposition was vindicated by the voters last Tuesday, Republicans are in even less of a mood to co-operate with Democrats than before. The difference is that with 41 seats in the Senate they are in a position to block almost anything Mr Obama proposes – including the Wall Street regulatory measures he announced on Thursday.

“Obama has to decide whether he wants to be a transformational president, which looks optimistic at this stage, or merely an effective president,” says Bruce Josten, head of government affairs at the US Chamber of Commerce, which has spent tens of millions of dollars opposing healthcare. “My advice would be that he pick up the phone and ask for Bill Clinton’s advice on how to recover from a situation like this.”

Nor can Mr Obama rely on unity within his own party, which has been in disarray, if not panic, since Tuesday. For example, Mr Obama’s more populist tack on Wall Street re-regulation failed to attract endorsement from Chris Dodd, chairman of the Senate banking committee, even though he was present when Mr Obama made the announcement.

Others, such as Tim Johnson, Democratic senator for South Dakota and a senior member of the banking committee, were already opposed to elements of Mr Obama’s regulatory proposals including the plan to establish a consumer financial protection agency.

Worse, most people do not think Mr Obama can even command unity within his own administration on the Wall Street proposals amid growing speculation about whether Tim Geithner, the Treasury secretary, can survive in his job. Mr Geithner was conspicuously sidelined during Thursday’s announcement by the presence of Paul Volcker, the former Federal Reserve chairman, who lent his name to the push to rein in Wall Street banks.

The speculation about Mr Geithner is only likely to grow. “The Obama proposals were clearly politically motivated and came from the White House not the Treasury,” says a Democratic adviser to the administration, who withheld his name.

Finally, there is increasingly open Democratic disaffection about the way Mr Obama is managing relations with Capitol Hill. Many believe that Rahm Emanuel, Mr Obama’s aggressive chief of staff, served Mr Obama badly by persuading the president that his election was a transformational moment in US politics that gave him the opportunity to push through long-cherished Democratic goals, such as healthcare reform.

In fact, exit polls from Mr Obama’s election showed that almost two-thirds of the voters cited the economy as their chief concern, with fewer than one in 10 mentioning healthcare. Mr Emanuel is also perceived to have mishandled the day-to-day logistics of getting healthcare through Congress.

By leaving the scripting of the details of the healthcare bill to Democratic leaders on Capitol Hill, the White House openly courted the risk of chaos. Tellingly, in his victory speech in Boston on Tuesday, Scott Brown, the new Republican senator, cited voter disdain for the sight of lots of “old men” on Capitol Hill bickering over healthcare reform at a time when their priority was jobs.

“I haven’t seen Rahm Emanuel except on television,” Jim Pascrell, a Democratic lawmaker from New Jersey, told Politico, the news website, on Friday. “We used to see him a lot; I’d like him to come out from behind his desk and meet with the common folk.”

In short, Mr Obama’s nightmare January could easily slip into a nightmare February. “Unless and until the president changes the way his White House, works, things are going to continue to go badly for him,” says the head of a Democratic think-tank. “Heads still have to roll.”