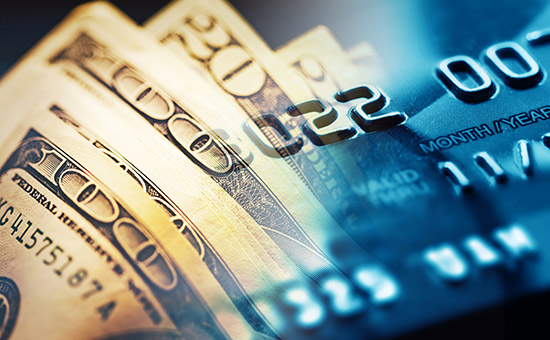 It is a relatively new business, where huge, huge profits are being made.

Merchant Cash Advances (MCA) are also relatively safe for the investor. According to New York State law, as it currently stands, it is not defined as a loan – and therefore, the New York State Usury Laws do not apply. Investors are often making the equivalent of 40% interest per year.

This author, predicts, however, that within 12 months either a new law will be passed or the higher courts are going to overturn this ruling – because merchants are being taken advantage of in these high stake “non-loans.” In the meantime, however, the question is, is this new business halachically permitted in terms of the laws of Ribis when “purchasing” the future sales of a Jewish merchant?

Originally, the merchant cash advance (MCA), was structured as a sale of an agreed upon percentage of future credit card and or debit card sales. Say, for example, a furniture store needs some cash. They can sell 33% of their next $100,000 dollars worth of credit and debit card sales. For that sale, they can receive $25,000 up front and immediately. The credit card payments are placed in a special account where the investor takes his 33% off the top. The contract is usually structured in a way where full repayment is made within 12 or 24 months and smaller payments are made into the account each day. The payments are taken directly from the credit card processor. A number of the cash advance companies actually for partnerships with the payment processor, and a number of them are Jewish.

According to a judge’s ruling the whole edifice is not legally considered a loan. In the eyes of the law, thus far, it is just a business partnership. The ruling was issued on June 10, 2016 by the Honorable Jerome C. Murphy in the case of Platinum Rapid Funding Group versus VIP Limousine Services. He wrote in his ruling, “if the transaction is not a loan, there can be no usury..”
But while for the time being it is not considered a loan in the eyes of the law, what about halacha? Is it considered a loan in terms of halacha, and if so would it be permitted for a Jewish provider to “purchase” the future credit card sales of a Jewish owned company?

PURCHASING SOMETHING THAT DOESN’T YET EXIST

There is a concept in halacha that one cannot purchase something that does not yet exist. This is a debate in several places in the Talmud where Rabbi Akiva and Rabbi Meir are of the opinion that one may purchase something that does not yet exist. The Rabbis are of the opinion that one cannot make such a urchase. The halacha is in accordance with the Rabbis, as found in Shulchan Aruch (Choshain Mishpat 209:4). Since that is the case, this purchase would not be considered a purchase at all and would actually be considered a loan.
If it is considered a loan and it is loaned to a Jewish client or a Jewish owned corporation – then a Heter Iska is required.

BUT COULD IT BE CONSTRUED AS A PARTNERSHIP PURCHASE?

If we look at the entire arrangement as a partnership, then it could possibly be permitted – except for one thing. These agreements usually have a personal guarantee attached to it, where if the proceeds from the sale of the future transactions do not reach to the amount agreed upon, the client takes full personal responsibility. What this means, essentially, is that this has effectively become a loan.

IS THERE AN OPINION THAT IT IS PERMITTED?

Rav Moshe Feinstein zt”l (Igros Moshe YD II #62) writes that perhaps a person may loan money to a corporation without violating the restriction of Ribis. Some Poskim disagree with this leniency, and even Rav Moshe did not present it as a definitive ruling. There is one more important point to make. There are many Poskim that forbid excessively high interest rates – even with a heter Iskah. This is because it negates the underlying concept of a heter Iskah – that it is a partnership arrangements with split profits. The amount that Poskim forbid even with a heter Iskah is 15% to 18%.

It is this author’s belief that, eventually, Judge Murphy’s ruling will be overturned, as there is a growing realization that regular businesses will arrange for different types of loans. In theory and practice, these “advances” constitute predatory practices. Only businesses with low credit rating avail themselves to these types of financing.

In short, it is not a simple idea business model and one should refrain to make such loans in a form that it would constitute Ribis. Everyone should consult with their own Rav. The issues to present are whether your Rav or Posaik holds of the idea that excessive interest precludes such a loan even with a heter iskah in place, and whethher the issues presented above qualify it as a loan or a business transaction.