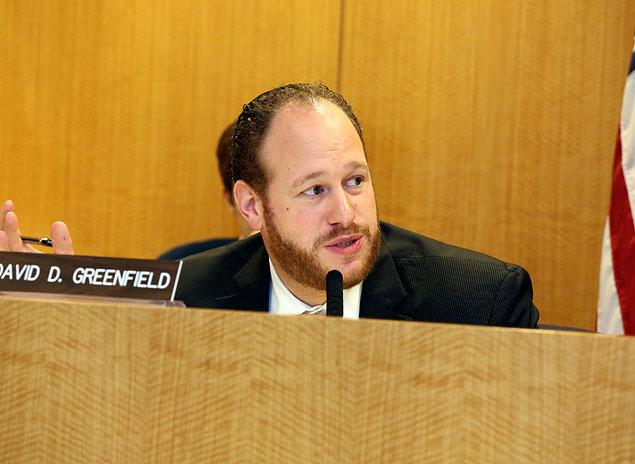 Following a rash of threats against Jewish Community Centers throughout the United States and a general surge in anti-Semitic activity in 2017, NYC Councilman David Greenfield is urging local governments to follow New York’s example in protecting religious institutions, and is even offering to travel to meet with officials in affected areas to offer his support and the technical expertise he gained in passing his own historic security law that protects religious schools in New York.

As of last week, there had been reportedly been 69 threats or incidents at 54 JCCs in 27 states and one Canadian province, according to the JCC Association of North America. Eleven of those threats came last Monday alone. In New York City alone, 56 hate crimes have been reported in 2017 as of February 12 – an astonishing 140% increase in such incidents over what had been seen at this time last year. The surge in hate crimes and threats has been so intense that it prompted New York Governor Andrew Cuomo to establish a special police unit to investigate such crimes. The NYPD has also long had a hate crimes task force, as does the FBI.

“We cannot allow bigotry and hatred to go unchecked in this country, particularly when that bigotry is accompanied by actual threats against specific Jewish community centers and places of worship,” Greenfield said. “In New York City, I sponsored a historic law that provides security guards for religious schools all across the city. The law has worked phenomenally, with students, parents, and teachers all saying they already feel safer thanks to the free security guards that we have afforded them.”

Greenfield, who sent letters offering his support to leaders in each of the cities and towns that has been the target of anti-Semitic incidents in recent weeks, said his law could serve as a model for protecting potential hate crime targets across the country. “No one should feel unsafe in the practice of their religion or the public expression of their identity,” Greenfield said. “Whether you’re visiting a Jewish Community Center or a mosque, you shouldn’t have to be afraid that hateful bigots will try to harm you for no other reason than that they don’t like what you stand for.”

Cities should make funding available to help pay for security for organizations that have been the victims of threats, Greenfield suggested, so that those organizations can hire security guards or take other proactive security measures as they see fit. Greenfield said he would be happy to meet with local community and government leaders in areas where these incidents have occurred to share his own experiences and lessons learned in developing an effective security program.

“My law providing security guards for religious schools in New York City provides real protection for New Yorkers and a measure of comfort to vulnerable people, all at relatively little expense,” Greenfield said. “Localities around the United States can and should do the same thing for vulnerable communities and organizations across the country. At the very least they should start hate crime divisions within their local police departments to specially investigate these increased threats. We cannot wait until one of these threats turns out to be in earnest. We cannot afford to wait until lives are lost.”