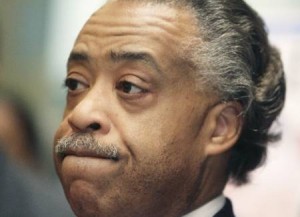 [AUDIO CLIP BELOW] With a potentially-bruising battle over a vacant US Supreme Court seat ahead, Democrats have decided to play offense, attacking conservative members in order to shift attention away from their own far-left agenda.

Whether this will actually succeed is difficult to determine at this early stage of the game, but some of party’s fellow-travellers have eagerly signed-on to participate.

SHARPTON: A lot of us would like to see blacks [nominated for the US Supreme Court opening], but a lot of us also are reminded that we got a black from George Bush Sr named Clarence Thomas and a lot of us would rather not, I’d rather have someone else who would vote, in my opinion who would vote in line with upholding human rights and civil rights and woman’s rights and prisoner rights then to have someone like Mr Thomas, Justice Thomas, who I think has consistently voted against all of that and has been one of the most inflexible members of the white right voting black in terms of not only the court, but in terms of his own public expressions.

WATKINS: But it is absolutely true. I mean when you talk about Clarence Thomas, you know he’s such an atrocious appointment for the black community that even his wife is a very vocal Tea Party member you know which is to some extent it undermines his integrity as a judge to have a spouse who is so politically active.