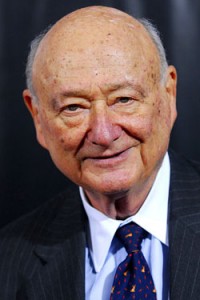 The following video is of Former NYC Mayor Ed Koch speaking out against the Obama Administrations position against Israel.

Koch calls the Jewish silence “deafening”, and questions why the members of Congress have not “taken on the President – every day”, and the most they did was send a letter, which Koch says was not even addressed to Obama, but simply to Secretary of State Hilary Clinton.

The 9 minute video speaks for itself.

Credible sources tell YWN that recent editorials and extensive coverage, have caused many political officials to take notice of our communitie’s deep concern of the current crisis.