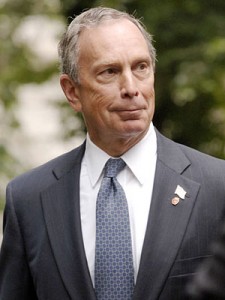 NYC Mayor Michael Bloomberg told CBS Evening News Anchor Katie Couric yesterday that the suspect behind the bombing attempt could be a domestic terrorist angry at the government who acted alone.

“If I had to guess 25 cents, this would be exactly that. Homegrown, or maybe a mentally deranged person, or somebody with a political agenda that doesn’t like the health care bill or something. It could be anything,” he said.