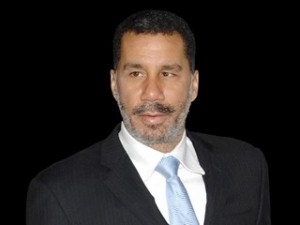 Gov. Paterson wants more people to react like the two hero street vendors who saw something and said something last week in Times Square.

The governor, visiting Lance Orton and Duane Jackson, the guys who alerted police to Faisal Shahzad’s smoking car, called last night for the creation of a task force to get the public more involved in watching out for terrorists.

“I am thinking … of expanding my homeland security operation to include a public task force,” said Paterson, who received an autographed “I Love NY” T-shirt from Orton and Jackson.

“The public’s role in homeland security is so critical.”

Paterson said he had intended to establish such a group since being elected but last week’s terror scare “confirmed” the need for one.