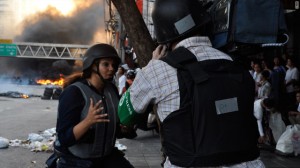 In response to growing local violence, Israel Foreign Minister officials on Saturday upgraded the travel advisory for that country, urging Israeli nationals to distance themselves from Bangkok.

The advisory stresses that malls and other areas are closed due to violence, and one compelled to visit should keep one’s visit short, and seek to avoid crowded areas and government buildings.

At least 17 people have been killed and over 150 injured, as troops are operating in live fire zones, where live ammunition in used against protestors in the central region.

The so-called “red shirts”, backed by many citizens, are seeking to oust the current leadership.