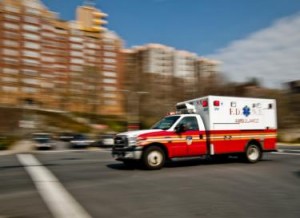 In the popular imagination, New York City’s streets can resemble an arcade-style obstacle course, a daily life-or-death gamble for pedestrians and drivers alike.

But data to be released Monday by the city’s Department of Transportation may undercut the prevailing view of a menacing metropolis: New York City, it turns out, is among the safest cities in the nation to travel in.

The last two years have had the lowest numbers of traffic deaths since the city began keeping records about a century ago, according to Transportation Department statistics.

The city recorded 269 traffic deaths in 2010, a 5 percent increase from the year before, when fatalities reached a record low. And last year proved particularly dangerous for motorcyclists: lethal crashes involving motorcycles rose 34 percent.

The city’s traffic fatality rate remains among the lowest in the country, holding steady around a quarter of the national rate.

“We have come a long way on safety,” said Janette Sadik-Khan, the city’s transportation commissioner, who has worked to counter unsafe driving through measures that have included creating pedestrian plazas, revamping traffic signals and initiating advertising campaigns against speeding.

“We need to stop thinking about these as accidents,” Ms. Sadik-Khan said. “An accident suggests that it happened by chance. These are crashes that happen by human error, by bad choices, and they are avoidable.”

In 2008, the latest year for which a comparison was available, New York’s streets proved safer than those of any of the other largest American cities, including Chicago, Dallas and Los Angeles.

“It goes against the common perception that this is a big, bad dangerous city,” Ms. Sadik-Khan said.

Still, New York lags behind some other major cities in the world, with London, Paris and Tokyo recording lower fatality rates. The rate in Stockholm, among the world’s safest cities, is about one-third that of New York.

Fatal accidents occurred last year on arterial avenues and side streets alike. The city’s data revealed some trouble spots, including the area around the Manhattan approach to the Queensboro Bridge, and Ocean Avenue in southern Brooklyn.

Deaths related to bicycle crashes rose last year to 18, up from 12 in 2009, despite the installation of hundreds of miles of bicycle lanes throughout the city. Those figures are still lower than the 2008 total of 26 bicycle-related fatalities recorded. The increase may be related to a rise in the number of regular cyclists in the city since the Bloomberg administration began a concerted effort to encourage bipedal commuting.

In an attempt to reduce crashes that occur at crosswalks, the Transportation Department plans to remove some curbside parking spaces adjacent to intersections along major Manhattan avenues. The program focuses on avenues that have had high rates of accidents involving left-hand turns, but the city declined to identify which avenues would lose parking spots.

City officials have tried to combat speeding and drunken driving with advertising campaigns on subways, bus shelters and television. A campaign aimed at avoiding crosswalk injuries, is planned for the spring; titled “Look Both Ways,” it will encourage pedestrians to do just that.