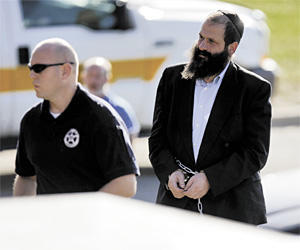 A federal judge who participated in controversial court hearings after the huge immigration raid in Postville says the 2008 legal proceedings were “a travesty.”

District Judge Mark Bennett, who sentenced 57 of the 389 immigrant workers arrested at the Agriprocessors meatpacking plant, makes his allegations in a new documentary film about the raid’s aftermath.

Critics, including defense lawyers and immigrant advocates, have long contended the Guatemalan and Mexican workers were unfairly pressured into pleading guilty to criminal charges in mass hearings a few days after the raid. After other such raids across the country, most illegal immigrants without previous criminal records were quickly deported. But after the Postville raid, most workers were charged with felonies and served five months in prison before being sent home.

Bennett airs his criticisms in the new documentary, “Abused: The Postville Raid.”

The judge told filmmaker Luis Argueta the prosecutors were out of line in pushing immigrant workers to sign binding plea agreements that included the prison time.

“I thought their insisting on each of the defendants serving a five-month sentence was a tragedy,” Bennett said.

“But it’s an executive branch decision, and I didn’t have the power to do anything about it other than not agree to the plea agreement. But if I did that, they would have been held in custody much longer. I found the plea agreement personally and professionally to be offensive, and I thought it was a travesty. And I was embarrassed to be a United States District Court judge that day.”

“To have 57 people in a row that don’t even have a single misdemeanor among them is unheard of in federal court,” he told the filmmaker. “So if anybody deserved mercy and compassion and fairness and justice, these 57 did. And I don’t believe they received it, even though I was the one who imposed sentence, because my hands were tied by the Department of Justice in the case.”

Chief District Judge Linda Reade, who helped organize the legal proceedings, and U.S. Attorney Stephanie Rose, who was one of the lead prosecutors, declined Register requests for comment about the film.