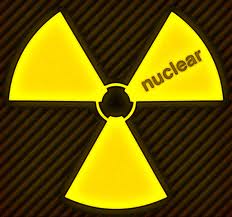 The ongoing disaster in Japan has renewed efforts by activists to shut down the Indian Point Nuclear Complex.

Roughly 20 activists gathered at Union Square on Saturday afternoon to call for the plant to be shut down.

Operators of the plant, which is located 40 miles north of New York City, said their two nuclear reactors are safe from all types of dangers. What happened in Japan won’t happen here, they said.

But some people say Indian Point is a disaster waiting to happen.

“The Indian Point Power Plant is located near the intersection of two earthquake faults. Nuclear energy cannot be safe. Plutonium can contaminate the environment for hundreds of years. Studies show that New York City could not be evacuated in time,” protester Tom Syracuse said.

One person said on a YouTube post that the plant’s frequent siren tests are leading residents to believe that everything in the future could just be a test and not a real emergency.

“If you have to test them so much to see if they work right, how will people react when there’s an actual problem?” the man said.

One of the problems people fear could be an earthquake like the one in Japan.

There are some fault lines near the plant, but geological experts say the chance of a earthquake happening hear are slim.

Some people also worry about the plant being a target for terrorists.