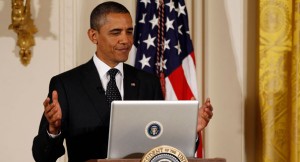 The White House first official response to its “We the People” initiative addresses the petition that the government should force lenders to forgive and/or help people pay off student loans. The issue gathered 32,008 signatures, which is more than the 25,000 signatures needed within thirty days of its initiation to earn a response.

The response is by Roberto Rodriguez, Special Assistant to the President for Education Policy. It largely explains the President’s new student loan plan which will not flatly forgive loans. However it is designed to help people pay off some student debt over a period of time. Due do posting a response, the petition was closed.

In the mean time, the issue regarding Sholom Rubashkin, the second strongest at the White House site, gathered 51,971 signatures. However, since no official response has been made public at this time, the petition is therefore still open and can still be signed HERE.