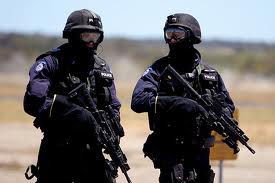 A delegation of senior American police commanders from the Northeast United States is visiting Israel this week as part of a counter-terrorism training seminar sponsored by the Anti-Defamation League. The trip brings together law enforcement from the New York, New Jersey, Massachusetts and New Hampshire and provides them with an opportunity to network and learn from each other and their Israeli counterparts.  A senior officer from the Italian National Police’s Counter Terrorism unit is also participating in the seminar.

The participants will travel across Israel to interact with commanders from the Israel National Police to learn first-hand how Israel deals with terror. These briefings include operational approaches, border security, monitoring of holy sites and media response during a crisis.

Additionally, they will learn about the psychological impact of terror attacks and meet with first responders and learn about emergency preparedness at Hadassah Ein Kerem Hospital.

Phyllis Gerably, Director of the ADL Israel office: “Since 9/11, the Anti-Defamation League and the Israel National Police have worked together to provide opportunities for the Israeli police officers to share their experience in counter-terrorism with their American counterparts.  ADL trainings are conducted regularly in the US and in Israel.   The meetings are beneficial for both the US and Israeli officers who have a real chance to learn from one another”.