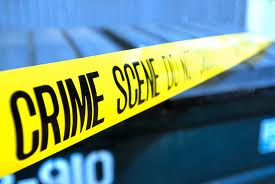 In the wake of a reported assault of a yeshiva student on Thanksgiving, a New Haven rabbi has called upon the mayor for action—and raised the prospect of restarting armed citizen patrols in the Edgewood neighborhood.

Department spokesman David Hartman said the department does follow up on all crimes “provided there are leads to go on. If there aren’t leads to go on, one tries to develop them.” He deferred comment on the armed patrols question.

On Thanksgiving Day, November 24, 2011, at 5:20 PM at the corner of Whalley and Ellsworth Avenues, five black teenagers assaulted a fourteen-year-old high school student of ours, punching and robbing him. The police provided victim services but no resulting arrests or follow-up. Just imagine the headlines, intense police activity, brouhaha and rioting had five white youths set upon a black young man in a like manner.

By the way, as fate would have it, the youngster mugged is the son of a prominent Boston Rabbinical leader, who just happens to be Chaplain of the Boston Police Department, and nephew of the Rabbi who was a confidante of the late President Nixon. Obviously, this does not enhance New Haven’s reputation. Tragically, under your stewardship, New Haven has already exceeded its past record of shooting victims this year and is on track to surpass the highest number of annual homicides set back in 1991.

Our Edgewood Park Neighborhood is now, once again, considering restarting its EPDP armed patrols. More of the same.