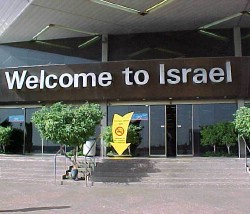 A Foreign Ministry report calls for raising the Jewish right to return in negotiations with the PA (Palestinian Authority) and the Arab League, the daily Yisrael HaYom reports. The report refers to the “Jewish refugees” having the same status as the “Arab refugees” who seek compensation for having to flee Israel when the state was established in 1948. The Jewish refugees were also compelled to flee their homes and abandon property.

The report was prepared following a request from Deputy Foreign Minister Danny Ayalon, seeking to equate treatment for “Palestinian refugees” to that of “Jewish refugees”.

Ayalon is working to change Israel’s tactical approach to negotiations, formulating a plan to demand compensatory payment to Jews who fled Arab countries. He suggests establishing an international monetary fund based on a decision of President Bill Clinton in 2000 and a congressional decision in 2008. This fund would assist Palestinians, including retroactive assistance to nations that assisted them, including Israel and Jordan. The fund would also address Jewish property in Arab countries. Ayalon wishes to launch a major PR campaign surrounding the concept to assist Jewish NGOs to advance the idea.

The report documents that 856,000 Jews were ousted from their homes in Arab countries as compared to 800,000 Arabs that left Israel, referring to those who lived inside the Green Line. Close to half of Israel’s population today are offspring from Jews who fled Arab lands and these issues must be introduced into negotiations aimed at bringing an end to the Arab Israel conflict.