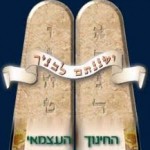 When the girls asked to add the name Yaakov Chai ben Margalit on behalf of the rav, their teacher refused, leaving them somewhat astonished.

In response to the report, the school’s principal stated, “There are clear guidelines and the family of HaRav Yosef did not file a request to have us daven on his behalf. Therefore, tefilos were not held on his behalf”.

She added that it would appear that people seeking to compromise the good relations in the community between Ashkenazim and Sephardim are behind the smear campaign.