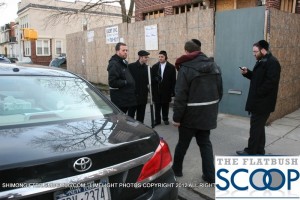 In a vicious act of vandalism, at least 13 cars parked on Avenue M and East 7th Street had their tires slashed. People arriving at their vehicles on Sunday morning found tires without air. The NYPD’s 66th Precinct was on the scene investigating the crime.

FlatbushScoop.com reports that police are looking for any video footage that residents may have.

This past November in Bay Ridge, a similar incident occurred, where 25 vehicles had their tires slashed during the night. No arrests were made in that incident.