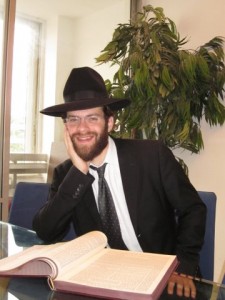 The following is meant as a convenient review of Hilchos Yichud ( written by Rabbi Y. Dov Krakowski). The Piskei Din for the most part are based purely on the Sugyos, Shulchan Aruch and Ramah, and Nosei Keilim unless stated otherwise. They are based on my understanding of the aforementioned texts through the teachings of my Rebeim. As individual circumstances are often important in determining the psak in specific cases, and as there may be different approaches to some of the issues, one should always check with one’s Rov first.

Our Sages, with their deep understanding of human nature, understood well that should people be left to decide on their own what they could or could not do – especially with regard to the powerful issue of intimate relations – men and women might easily put themselves in very problematic situations and might, without wanting to, commit capital transgressions. For these reasons our Sages constructed a number of ‘barriers’, of steps to keep people from falling into such traps.

Over the past century our lifestyles have changed drastically. Travel has become much easier and it is more common to have questions regarding Yichud in situations that didn’t come up in days of yore. Likewise the dynamics of the work place has changed tremendously. Perhaps not surprisingly, there are at times differences of opinion among the Poskim with regard to many circumstances. Nonetheless it is very important to be familiar with the basic Halachos of Yichud.

The minimum amount of time required for a transgression of the Issur of Yichud (seclusion with a forbidden woman) is about two minutes. It is a matter of dispute if it is at all permissible to seclude oneself with a woman if one’s plan is only to do so for half a minute. One should therefore not seclude oneself even for a few seconds (Maharil Diskin)

Hilchos Yichud may at times complicate work and social life. Here are a few ways to alleviate the difficulties that may arise from proper adherence to Hilchos Yichud: