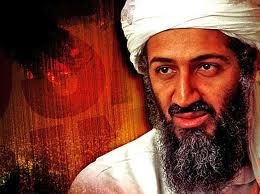 Usama bin Laden wanted his younger children to go to college in the West and live in peace rather than embrace terrorism, according to his brother-in-law.

Zakaria al Sadah said bin Laden, who was killed by US Navy Seals at his compound in the Pakistan city of Abbottabad last May, was adamant that his children “should not follow him down the road to jihad.”

Two of bin Laden’s sons, three-year-old Hussain and five-year-old Zainab, were understood to have been born in the compound, where they lived alongside seven other children.

Sadah, whose sister Amal was the fifth wife of the late al Qaeda leader, told The (London) Sunday Times that bin Laden had regrets about the impact September 11 had on his family.

The attacks on New York and Washington in 2001 killed nearly 3,000 people and made bin Laden the world’s most wanted man.

Yet Sadah said bin Laden was keen for his offspring to immerse themselves in the West.

“He told his own children and grandchildren, ‘Go to Europe and America and get a good education,'” Sadah said.

Sadah said bin Laden advised his offspring, “You have to study, live in peace and don’t do what I am doing or what I have done.”

Sadah said bin Laden’s three wives and nine children, who lived with him in the Abbottabad compound, were now being held in a three-room flat in Islamabad, which is under guard by Pakistan’s ISI intelligence service.

Sadah said the three women were on hunger strike in protest at their incarceration while he said the children remain traumatized by the raid in which their terrorist father died.

“These children have seen their father killed and they need a caring environment, not a prison — whatever you think of their father and what he has done,” Sadah said.