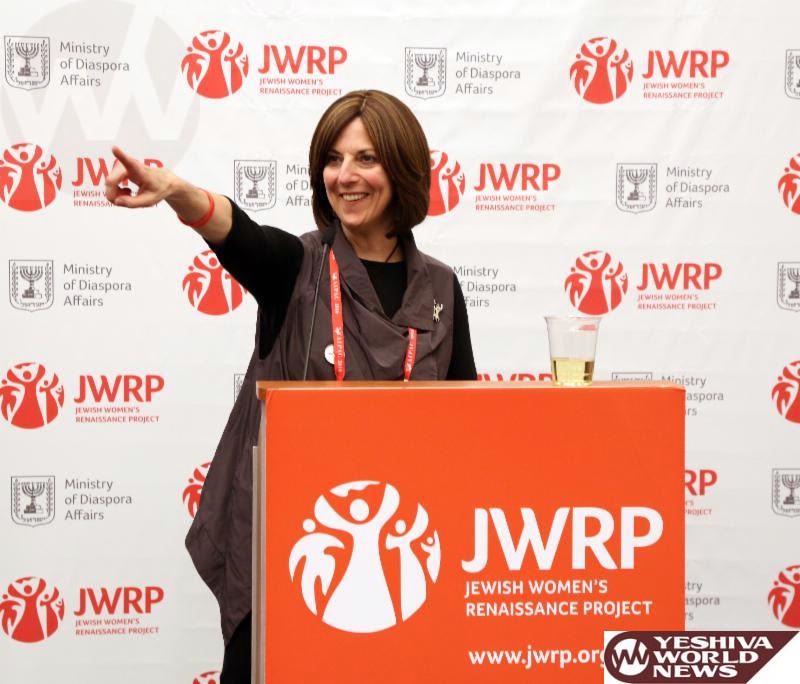 Jewish mothers will be critical to effecting social change within the next decade, Lori Palatnik, founding director of the Jewish Women’s Renaissance Project (JWRP), said at the Jewish Funders Network Conference.

“I believe that within the next decade, we will see a movement of Jewish mothers transforming into leaders of social change in the wider community, and JWRP is ready to inspire that movement,” Palatnik said.

“Jewish mothers already are leaders in their own families. They have the power and potential to become change-makers for all of us,” she added.

Palatnik made the remarks as she outlined JWRP’s theory of social change at the conference of Jewish foundations and philanthropists. For the first time, JWRP is among the JFN conference’s major sponsors.

As Jewish organizations struggle with engaging the next generation of leaders, Jewish mothers will increasingly engage not only in the Jewish community but beyond, Palatnik said. In fact, that’s JWRP’s central mission – to “empower women to change the world through Jewish values that transform us, our families and our communities,” she said.

The JWRP’s flagship program is Momentum, an eight-day immersive journey through Israel, in partnership with Israel’s Ministry of Diaspora Affairs. Momentum is more than an Israel tour; it is an opportunity for participants to embark on a life-changing Jewish journey. Since 2009, more than 10,000 Jewish women from 26 countries have participated in Momentum.

Once these women return home, the JWRP supports their engagement with other participants, as they continue to learn and transform themselves. JWRP, through leadership development programs, then seeks to guide the next generation of women leaders.