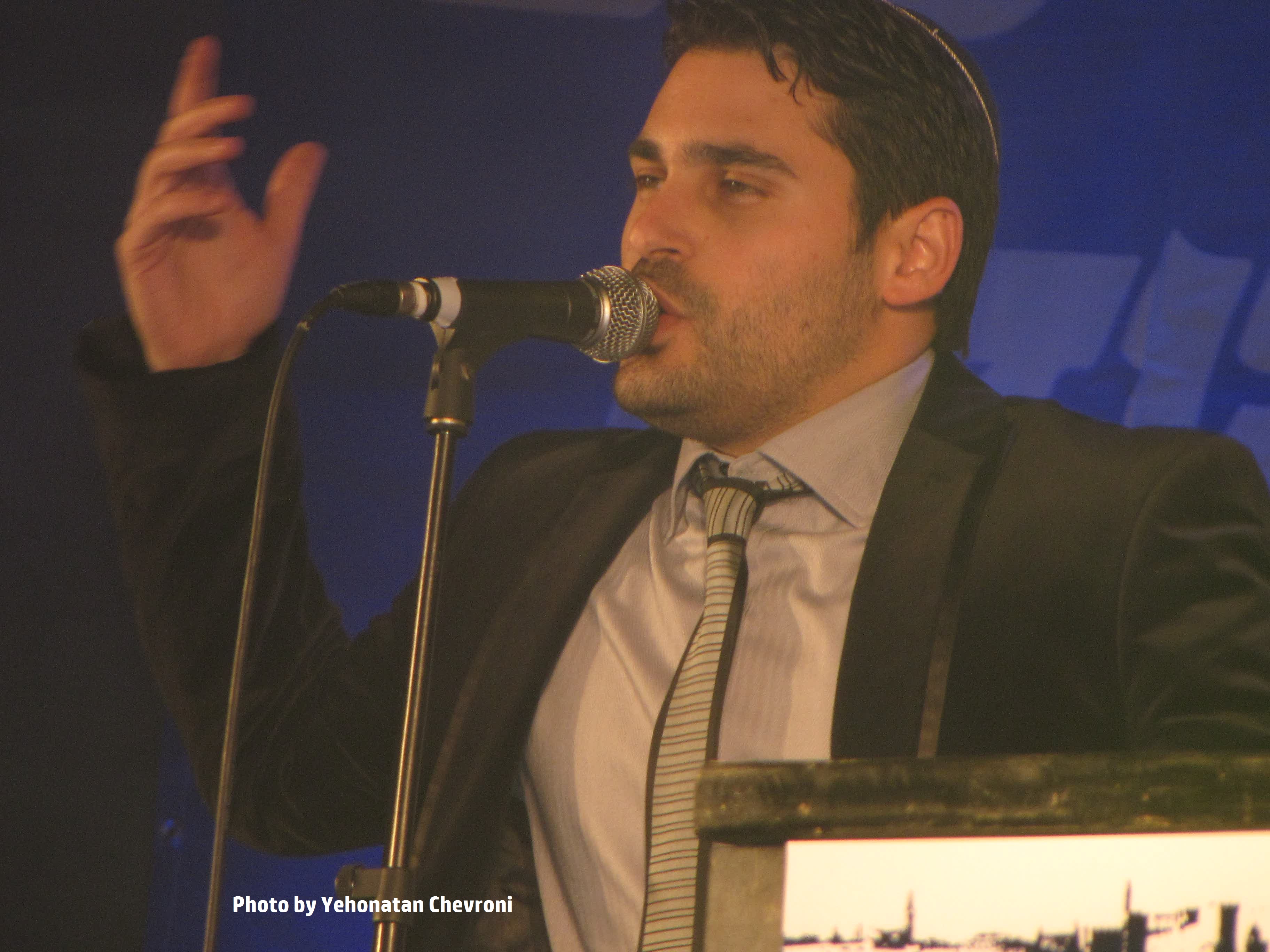 Question: What do Yeshiva Bochurim and seminary girls, Spanish Salsa music fans of Marc Anthony, and French Muslim fans of Algerian Rai music all have in common?

Answer: They all dance to the very same music.

The Yeshiva boys and Sem girls all know it as the music to the song, “Hashem Melech, Hashem Malach, Hashem Yimloch l’olam vo’ed” which has taken the Jewish world by a storm and is sung by the dynamic Gad Elbaz.

The Spanish Salsa music fans of Marc Anthony know it as the tune that he used for his song – “Vivir mi Vida” – a song which happened to have earned a Latin Grammy in 2013.
And the Algerian Muslims all know it as the music for the Arabic and French multi-lingual song called C’est la vie by Khaled Haj Ibrahim of Oran Algeria.
The Spanish version was composed in 2013, the original Muslim version was composed in 2012, and the Gad Elbaz version was released in 2016.

WHAT DOES HALACHA SAY?

The question is, what does Halacha have to say about the fact that the music to one of the most popular Chasuna songs in contemporary times originally came from an Arab love song with decidedly un-Yeshivesh lyrics?

Rav Eliezer Yehudah Waldenberg zt”l, author of the Tzitz Eliezer addresses this very issue. He writes (volume XIII Siman 12) quite clearly that it is “an abomination to dress up words of holiness in ‘malbushei tzo’im – soiled clothing’ that give off an odor of promiscuity.”

Interestingly enough, however, Rav Moshe Feinstein zt”l penned a response to a Rebbe who was teaching in Rav Binyamin Kamenetsky’s Yeshiva of South Shore (IM EH Vol. I #96), addressing a related issue. The Rebbe, Rav Shmuel Dishon Shlita, had asked Rav Moshe about a certain individual artist who once had an excellent reputation. The artist had composed a number of musical compositions that had captured the hearts of the Torah community. Unfortunately, the artist had gone astray. Is it permitted to listen and sing the tunes that he had composed while he was still “fully kosher?”

[The issue has to do with giving a “good name” to evildoers which would violate a principle found in the Talmud (Yuma 38b.)]

BNEI TORAH AND BAALEI NEFESH SHOULD AVOID IT

Rav Feinstein zt”l further writes that tunes, are essentially a matter that has nothing to do with a Davar Shebekedusha and should be no different than inventions of machinery or medicine.

Rav Menashe Klein (Mishneh Halachos Vol. VI #108), without mentioning the view of Rav Feinstein comes to the exact opposite conclusion and writes that it is entirely forbidden to do so – even in regard to the tunes composed while he was still “kosher.”

Rav Moshe Stern (Be’er Moshe Vol. VI #74 in the notes), the Debriciner Rav, also forbids the matter and even writes that it is forbidden to sell tapes of such individuals. Indeed, Rav Stern writes that one must even look into a person who would even stoop to sell such tapes. Interestingly enough, Rav Stern also does not mention the more permissive view of Rav Feinstein on the topic.

It could also be argued that even Rav Feinstein might have agreed to the aforementioned view of the Tzitz Eliezer in regard to clothing words of praise in a tune of “soiled clothing,” and that he was only lenient in regard to the underlying issue of giving a good name to evildoers.

On the other hand, the Bach in Orech Chaim Siman 53 writes that it is only problematic if the tune is generally exclusive to the Avodah Zarah. Otherwise, the Bach seems to allow it.

If, however, the origin is unknown to the Chazan or singer – then it could perhaps not be such an issue. A manuscript version of the Levush that this author once saw seemed to indicate this position.

THE ISSUE OF ATTRIBUTION

Another issue is attribution. Hopefully, whenever this happens, Jewish artists do attribute the original artist’s contribution and not attempt to take credit for it ourselves. The Rambam writes in the introduction to the yad Hachazakah that some of the ideas came from a very wise man, but since people generally look askance at wisdom from a foreign source – he left the wise man’s name anonymous. Most students of philosophy, however, can detect that he as referencing Aristotle. [The photo above was taken by Yehonatan Chevroni].

A famous Jewish song entitled “Yidden” was originally based upon the music of a West German band called “Dschinghis Khan” who placed their song as their entry in the Eurovision Song Contest of 1979. The composer of the original music was a person named Ralph Siegel. The Jewish song did, in this author’s recollection, at least attribute the artist somewhat anonymously.

A famous children’s singer took the music from a Clint Eastwood 1950’s western called “Rawhide” – and did not, it appears, attribute the music to its original composer – even anonymously.

King Solomon tells us (Mishlei 22:22) the following words: “Rob not from a poor person – for he is poor.” Chazal tell us (Yalkut Shimoni Mishlei 560; Midrash Tanchuma BaMidbar 27) that Shlomo HaMelech is actually referring to plagiarism – to reciting a statement without attributing it to its source.

Queen Esther (Megilas Esther 2:22) informs her husband the king of Persia of Bigson and Seresh had plotted a coup d’etat. She informs Achashveirosh that Mordechai, proficient in seventy languages, overheard and told the Queen. Queen Esther didn’t take credit for the information.

She specifically told the King that she had actually obtained the information from Mordechai.

Esther was amply rewarded. It is, in fact, for this action that she merited to be the conduit of the salvation of Israel. Because of Esther it is said, “Whoever says something in the name of its originator brings salvation to the world.”

What was really going on here? Esther certainly was a righteous woman. Can’t we assume that if she thought it better for the king to have assumed that the information came from her, then surely she would have been fully justified?

It would seem not. It would seem that even though, it may have been in the Jewish interest that Esther gain the king’s favor, there is something inherently wrong in not attributing the information to the true source. She knew this. Esther could not stoop to do something that is inherently wrong. It was for this realization – that we are but mere foot soldiers in a campaign and our primary responsibility is to follow Hashem’s bidding in what is right and wrong that she was so amply rewarded.

A MEANS OF ACQUIRING TORAH

In Pirkei Avos (6:5) we see that naming the original source of the information is, in fact, in a list of one of the 48 ways in which Torah is acquired.

The Yalkut Yoseph (Kivud Av VoAim chapter 9) cites a few more sources. The Shla in Meseches Shvuos says that it is an enormous sin – and should be looked at as if one kidnapped human life. Kidnapping is a serious crime, but it seems that it is the parallel emotion that authors feel when their work has been taken from them without attribution.

There are other artists who constantly feel that pain as well. There are very talented photographers that work very hard to get a particular shot. Often media sources do not attribute the photographer properly and take the work without permission.

During the season of Pesach, where we are adjured to rid ourselves of Chometz, we should also pay attention to spiritual Chometz too – whether it is in the form of not attributing things properly or to matters that take us away from Hashem. Both of these items are a form of spiritual Chometz.

Rav Feinstein writes that Bnei Torah and Baalei Nefesh should refrain from using such music, although he writes that it is essentially permitted. The Tzitz Eliezer writes that it is forbidden, as do the Debreciner Rav and the Mishna Halachos. The Bach indicates that if it is used in other venues too that there is no prohibition. Each person should consult his own Rav or Posaik. None of this, of course, affects the essential truth of the declaration: Hashem Melech, Hashem Malach, Hashem Yimloch l’olam vo’ed.