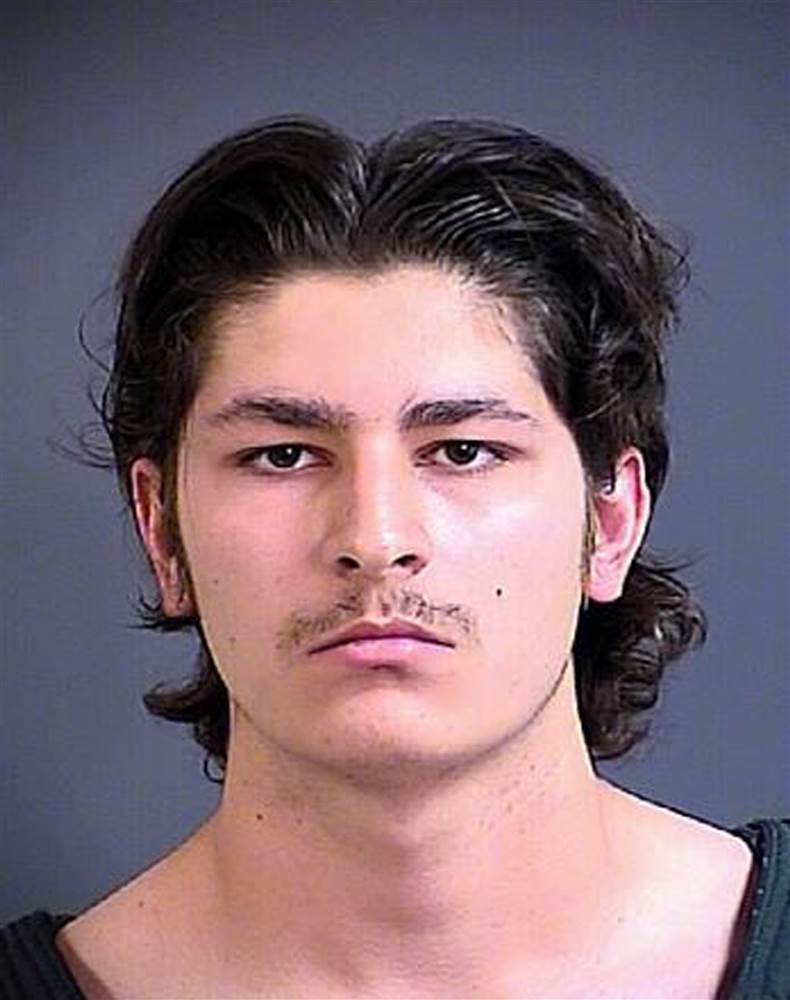 An 18-year-old South Carolina man told an undercover FBI agent he thought was an Islamic State recruiter that he wanted to fight for the terrorist organization and torture an American on a propaganda video, authorities said.

Zakaryia Abdin was arrested last week at the airport in Charleston as he tried to board a plane to Jordan. A grand jury indicted him Tuesday on a charge of providing material support to a terrorist organization. If convicted, he could face up to 20 years in prison.

It wasn’t Abdin’s first scrape with the law. Two years ago, authorities said he wanted to rob a gun store to get weapons to kill soldiers as revenge for American military action in the Middle East. He was arrested before the robbery, and a parole board last May agreed to his early release.

Abdin was aware federal authorities were watching him. He told the undercover agent if he couldn’t get to the Middle East to fight, he would be willing to attack a site in the U.S. He praised the Florida man who killed 49 people last year in a terror attack at a nightclub, according to the FBI statement released after Abdin’s indictment.

Abdin said he wanted his face shown if he got to torture an American hostage because “I want to be the one to send the message because they know who I am,” according to the FBI statement.

Court records indicated Abdin is eligible for a public defender, but one has not been appointed.

The FBI said Abdin tried to hide his tracks. He contacted authorities to tell them about guns he bought for hunting and that his trip to the Middle East was a vacation to see the Dead Sea because he realized the FBI would be aware of his purchase and travel plans. He also called authorities and asked for a meeting where he told them he no longer held the extreme beliefs that led to his first arrest.

Abdin spoke with the undercover agent for a month as he saved around $1,800 for a flight to Jordan. Abdin asked if he could send back a photo of himself to his mother once he made it to the Middle East to ease her with his sudden disappearance, the FBI said.

Abdin also sent a video of him pledging his allegiance to the Islamic State in Arabic and told them he could do whatever was needed, according to the sworn statement.

“I am coming to fight. Not play video games and sit,” the undercover agent said Abdin told him.

Abdin practiced shooting several different guns during the first three months of 2017 and told the undercover agent he was being careful to avoid the authorities he figured were watching him, the FBI said.

“We are most likely to contact an undercover agent than a real brother,” Abdin told the undercover agent. “That is why I carry guns in my house, in my car and even I used to secretly take to school. It is very humiliating to be captured.”