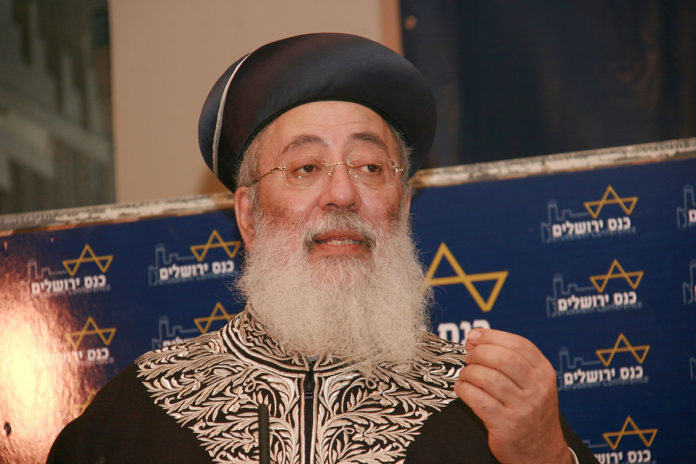 Rabbi Shlomo Amar Shlita, Jerusalem’s Chief Sephardi Rabbi, announced on Monday, 2 Tammuz, that months ago, he was already involved in negotiations between doctors and hospital administration to avoid a crisis at Hadassah Ein Kerem Hospital.

According to Rabbi Amar, one of the sides was willing to accept the compromise while the other was not. Rabbi Amar made his remarks during an interview on Kol Berama Radio.

He added the parties met in his home in Yerushalayim but he was unwilling to reveal anything discussed during their meetings. He explained talks were handled with the utmost discretion and revealing the content of these talks would be most inappropriate.