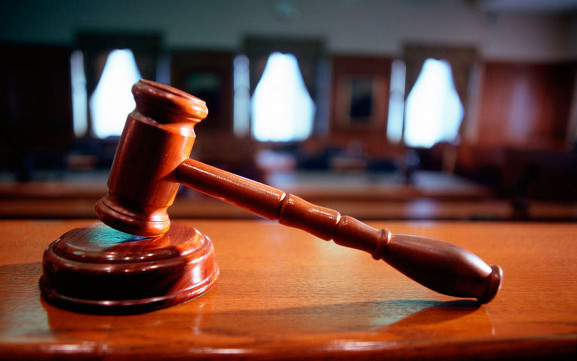 In a groundbreaking victory upholding the constitutional right to freedom of religion, a New Jersey judge dismissed a slander and defamation lawsuit against a rabbi who told congregants to avoid all contact with a person who was found to be m’sarev b’din by a Beis Din.

The plaintiff in the case, which was brought to New Jersey Superior Court in December 2016, had been going through a difficult divorce when he was summoned to a Din Torah. The plaintiff ignored the hazmana, prompting the Beis Din to issue a seruv labeling him as being in contempt of court, but despite the associated sanctions, the plaintiff continued to come to shul as before.

Unsure how to interact with a fellow congregant who had been officially classified as m’sarev b’din, members of the shul asked the Rav to clarify the halachically appropriate way to handle the situation. The Rav advised them that, al pi halacha, they were not permitted to speak to the plaintiff, do business with him or associate with him in any way, and having been given a psak by their Rav, the congregants followed his directive.

Several years later it was the Rav who found himself summoned to legal proceedings as the husband in the divorce case filed suit against him in secular court, charging him with defamation and slander. According to the plaintiff, the Rav’s instructions to his congregants had caused him tremendous harm, both personally and professionally. Unsure how to proceed, the Rav called the Agudah’s New Jersey office whose legal services division put him in contact with attorney Ronald Coleman, a partner with the firm of Archer & Greiner.

Mr. Coleman agreed to represent the Rav pro bono and succeeded in convincing the judge that the Rav’s actions were protected under the constitution’s First Amendment. The case was dismissed, affirming an important rule of law allowing rabbonim to carry out their religious duties without fear of retribution and affirming the right of Beis Din to issue a seruv, with all of its associated consequences, against a recalcitrant husband.

“We are gratified the judge did not hesitate to address explicitly the important First Amendment issue raised in the claim against the rabbi,” said Mr. Coleman. “ In reaffirming the rule that secular courts have no jurisdiction over a Rav’s conduct as a congregational leader, the court strengthened the rule of law, of which freedom of religion is a pillar under the Constitution.”

Rabbi Avi Schnall, Director, Agudath Israel of America’s New Jersey Region, said, “We are very grateful to attorney Ron Coleman for his willingness to defend the rav in this case. This case does more than affirm a Rav’s first amendment right; it empowers Rabbonim to lead their Kehilas and Batei Din to issue a psak without the fear of being litigated.”