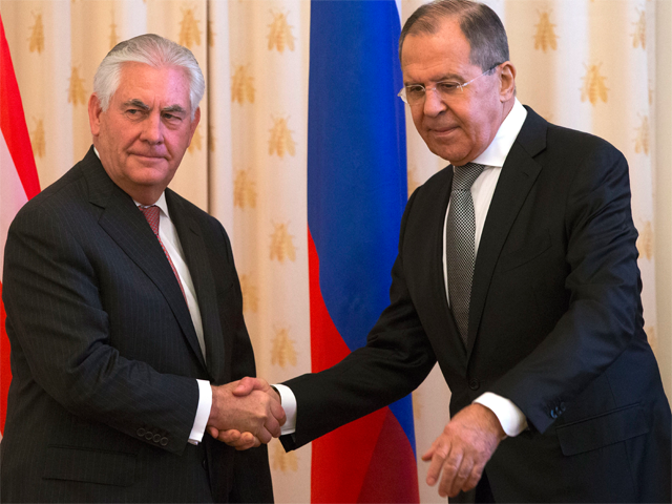 The top diplomats of Russia and the United States have focused on the Syrian crisis in a phone call.

The Russian Foreign Ministry says Foreign Minister Sergey Lavrov and U.S. Secretary of State Rex Tillerson talked Monday about the need to secure a cease-fire in Syria, fight extremist groups and to prevent the use of chemical weapons.

Moscow reacted angrily when the U.S. downed a Syrian jet last week after it dropped bombs near the U.S.-backed Syrian Democratic Forces conducting operations against the Islamic State group.

Russia warned its military would track aircraft from the U.S.-led coalition as potential targets over Syria and suspended a hotline intended to avoid mid-air incidents.