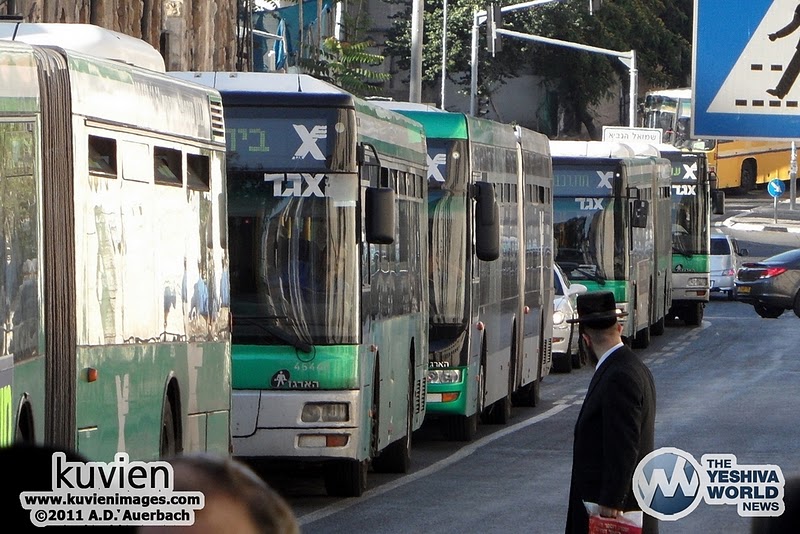 Chareidi lawmakers in Knesset celebrated a victory on Sunday, as the cabinet voted to freeze the Kosel religious status quo, removing the threat of an egalitarian prayer area, at least for the time being.

Acting on that success, the faction leaders are now moving to pressure Transportation Minister Yisrael Katz to end regularly chilul Shabbos pertaining to bus lines running in cities around the country.

Shas and Yahadut Hatorah have already sent Transportation Minister Director-General Karen Turner a letter, asking to revoke permits permitting the limited bus service operating in some cities on Shabbos, including Ramat HaSharon, Holon and Herzliya. In the letter they explain the amended regulations place the authority for preserving Shabbos and halting service in the hands of the minister, requesting he do just that.