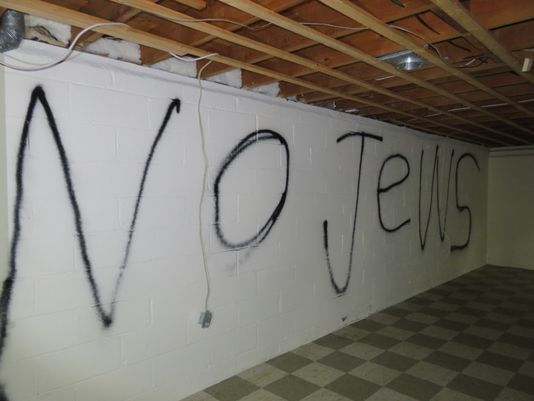 For the past 13 years, the U.S. State Department has maintained an office devoted to monitoring and combating anti-Semitism in the United States. But it appears as if that will no longer be the case.

On Wednesday, June 14th, Secretary of State Rex Tillerson indicated he might not be appointing a Special Envoy to the office. Since then, an unnamed source told the JTA that the office would go indeed go unstaffed as of July 1.

In a testimony before the foreign operations subcommittee of the US House of Representatives Appropriations Committee, Tillerson explained his position that hiring such an envoy wasn’t necessary and that the overall effort to combat anti-Semitism would be more vigorous without one. Part of his argument was that local State Department missions neglect their responsibility to confront the issue if there is a special office in Washington dedicated to that.

“One of the questions I’ve asked is, if we’re really going to affect these areas, these special areas, don’t we have to affect it through the delivery on mission at every level at every country?” Tillerson asked. “And by having a special envoy, one of my experiences is, mission then says, ‘oh, we’ve got somebody else that does,’ and then they stop doing it.”

Anti Defamation League (ADL) chief Jonathan Greenblatt said that abandoning the office would be a “serious mistake” and argued that a worldwide uptick in anti-Semitism that’s occurred over the past year made that abundantly clear.

Since January, nearly 150 bomb threats have hit JCCs, Jewish day schools and other institutions, causing the evacuation of dozens of Jewish community centers and prompting some parents to remove their children from JCC programs.

It should be noted that most were found to be the work of an Israeli-American teen from Ashkelon, who has been charged with making thousands of bomb threats over the last two years.

Hannah Rosenthal and Ira Forman, who each held the post of Special Envoy during the Obama administration, shared their vigorous disagreement with Tillerson’s arguments, and bemoaned the elimination of the office. Their remarks were reported by The Times of Israel.

“It’s not just what the office of the special envoy to monitoring and combating anti-Semitism does, although that’s critically important, but it’s the symbolism of US leadership,” said Forman, who held the position from 2013 to 2017. “This would be a terrible loss.”

Rosenthal argued that too many people worldwide don’t recognize the nuances of anti-Semitic prejudice unless it is reminiscent of the Holocaust.

“If people aren’t being rounded up and sent to their deaths, many people in the State Department, and in Congress, and many places, [think] that there isn’t anti-Semitism,” she said.

“I am very disturbed that less than a month after I introduced my bipartisan bill to elevate and empower the State Department’s Special Envoy to Monitor and Counter Anti-Semitism, I am now seeing reports that Secretary of State Tillerson is letting the State Department’s entire anti-Semitism office sit empty as he considers eliminating this position. There is no doubt that anti-Semitism continues to thrive in many places around the world and right here at home, and it would be a huge mistake to take away one of the State Department’s main tools in the fight against this ugly and hateful scourge. We all have a responsibility to do what we can to counter anti-Semitism and all forms of bigotry wherever we see them, and I urge all of my colleagues in the Senate to join me in supporting this bipartisan legislation.”