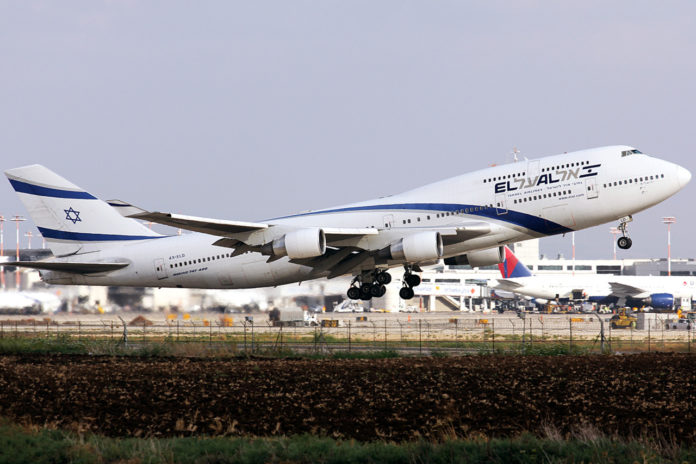 YWN was shocked to hear that El-AL, Israel’s national airline, has decided to switch the departure time of a flight on Motzei Shabbos, and will undoubtedly result in Chillul Shabbos and inconvenience Shomer Shabbos travelers.

A reader has informed us that departure for his scheduled flight for this coming Motzei Shabbos, LY-026 from Newark, NJ to Tel Aviv, has been switched from 11:30 PM and is now at 9:30 PM. Shabbos in Newark, NJ on July 1 ends approximately 9:22 PM.

The irate traveler adds that he booked this flight on May 5, and was only contacted about the change in departure time this afternoon.

When he asked for an explanation, he was transferred to El-Al’s American customer service department. A representative there was very sympathetic, but told him there was nothing she could say other then that the decision had been made in Israel and could only try to accommodate him by booking a different flight. No apologies or explanations were given.

This situation is causing a tremendous inconvenience to hundreds of Shomer Shabbos travelers who must now change their travel plans. Additionally, this situation will undoubtedly be causing direct Chillul Shabbos by non-Shomer Shabbos Jewish travelers, who will now be forced to travel to the airport on Shabbos.

As if this weren’t enough, a look at El-Al’s website shows there is ANOTHER flight scheduled to depart at 9:30 PM on Motzei Shabbos; flight LY-014 from JFK to Tel Aviv. While it is unknown if that flight’s departure is the same as originally scheduled, the early departure time will nonetheless lead to Chillul Shabbos by the non-Shomer Shabbos travelers R”L.

As YWN reported in 2007, the Chareidi community around the world boycotted El Al after the airline was Michallel Shabbos. Gedolim around the world signed a Kol Koreh and thousands cancelled their tickets. The boycott was lifted after the promised never to fly on Shabbos again.