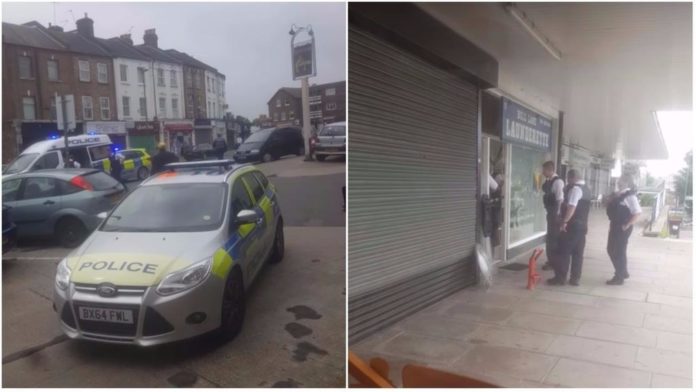 The following is via The JC:

A man has been detained under the Mental Health Act after he was seen carrying two knives near a synagogue in Hendon.

Concerns were raised when Community Security Trust (CST) volunteers spotted the man, who was not wearing shoes or a shirt, running towards the Toras Chaim Synagogue during Shabbat services yesterday, at about 11.15am.

He was holding two knives, the CST confirmed.

Contrary to rumours, the man did not attempt to enter the shul, and the incident is not being treated as terror-related, nor is it reported to be connected to politics or antisemitism.

CST security volunteers intervened, detaining the man in Bell Lane, where he was sectioned under the Mental Health Act by police officers.

Police confirmed that there were no injuries, a fact echoed by the CST which said: “We deeply thank the CST security volunteers who immediately intervened, courageously helping ensure that nobody was hurt.”

Police arresting suspect in #Hendon after he attempted earlier to enter synagouge armed with 2 knives pic.twitter.com/TDeif09bmV